Soft idlies dunked in piping hot sambhar with a side of filter kappi, does not that sounds like a dream breakfast? Idli and sambhar have won many hearts and I think one of most popular south Indian breakfast dish, even in North India. All you need is an Idli recipe to make soft and perfect idli each time. I have made this Idli recipe collection and included popular idli variations. 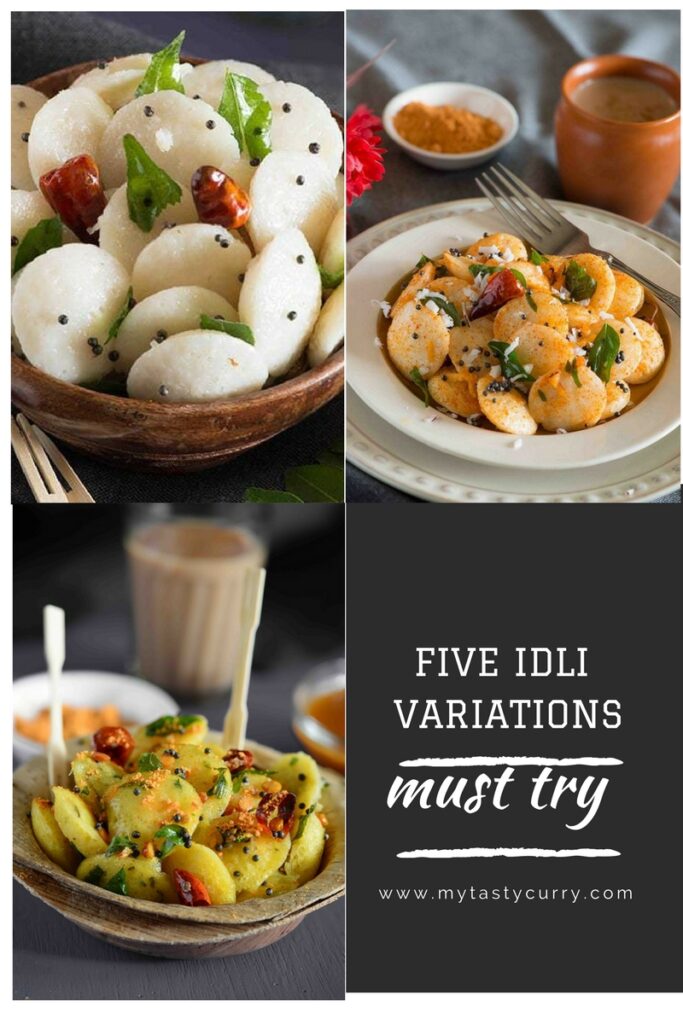 Idli is one of very popular south Indian breakfast. Rice Idli tastes very good, but if you really love idli like me, here are 5 Idli variations that you must try. 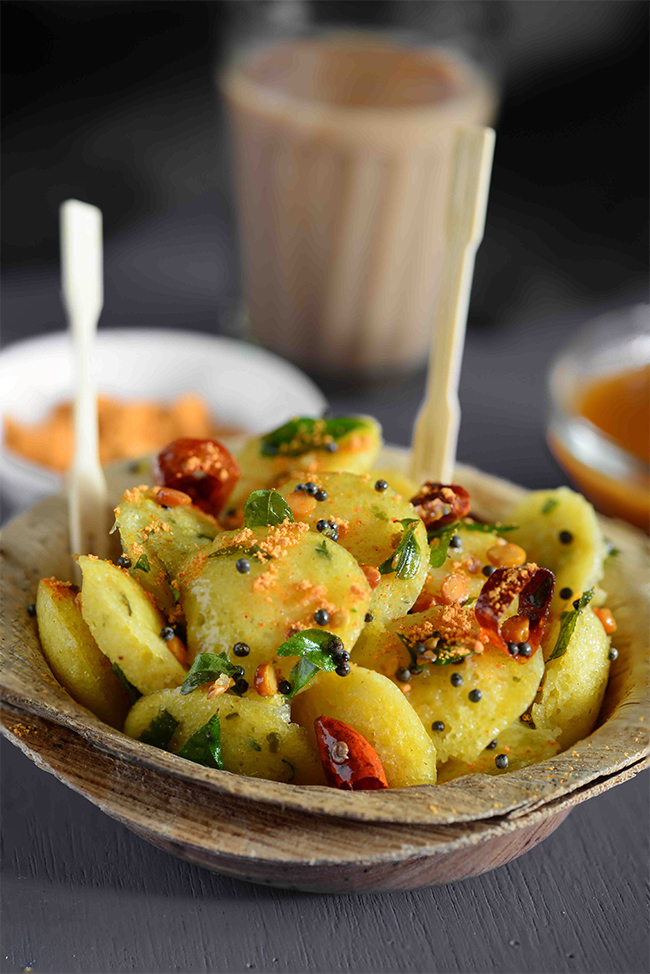 Chana dal idli is another variation of South Indian Breakfast Idli. For making Chana dal idli I use chana dal and rice. It tastes so good on its own. I usually chana dal Idli with plain sambhar and gunpowder for the breakfast. For evening South Indian style tiffin, serve these mini idlis with an easy tempering along with filter coffee or a cup of masala tea.  Chana Dal Idli Recipe 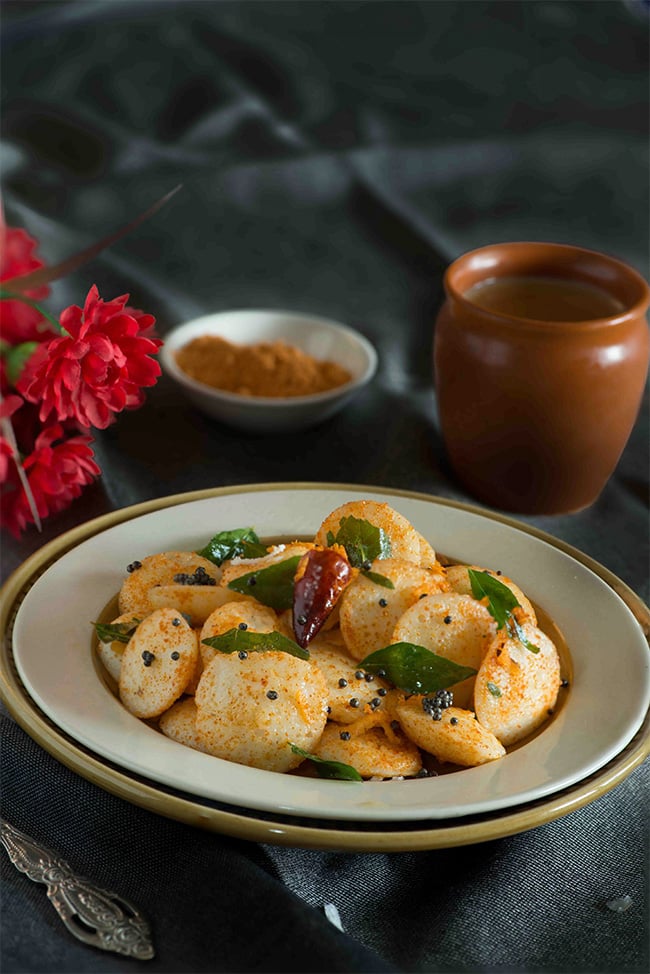 Mini idli, button idli, coin Idli call them any of these names, the cute and small bite-sized idlies sure make a delicious appetiser or a tea time snack along with a cup of kadak masala chai or a cup of filter kappi. In the podi idli, mini idlies are made using this idli recipe and then tempered and tossed in Idli podi. Get the recipe here Podi Idli 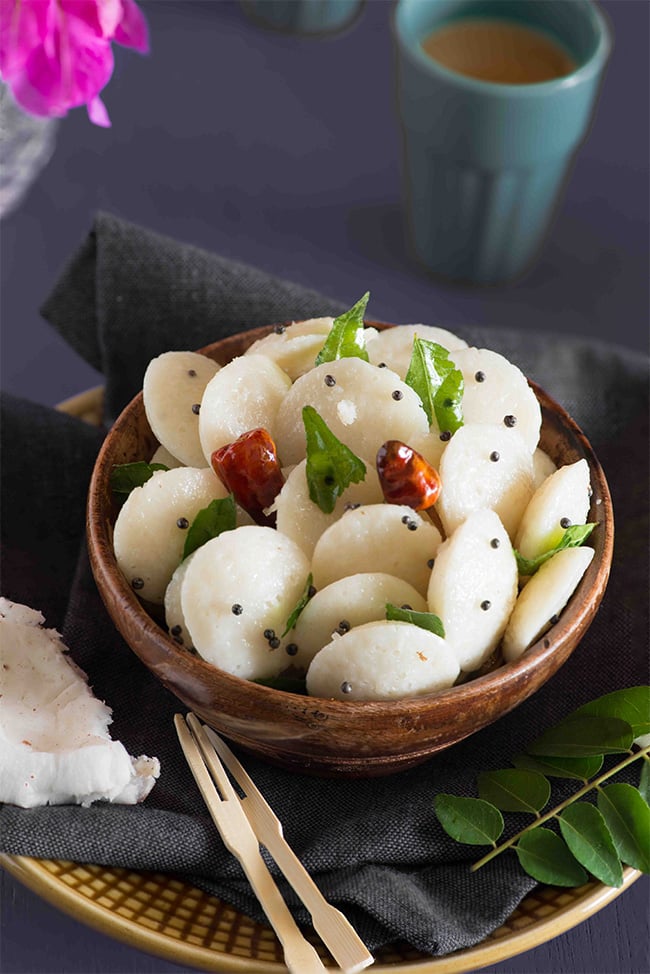 Ghee Idli This is almost same as podi Idli. The only difference is Idlies are actually sautéed for a bit in flavourful ghee which adds to the comforting and earthy taste of ghee along with soft bites of fluffy and soft mini idli. Get the recipe here Ghee Fried Idli 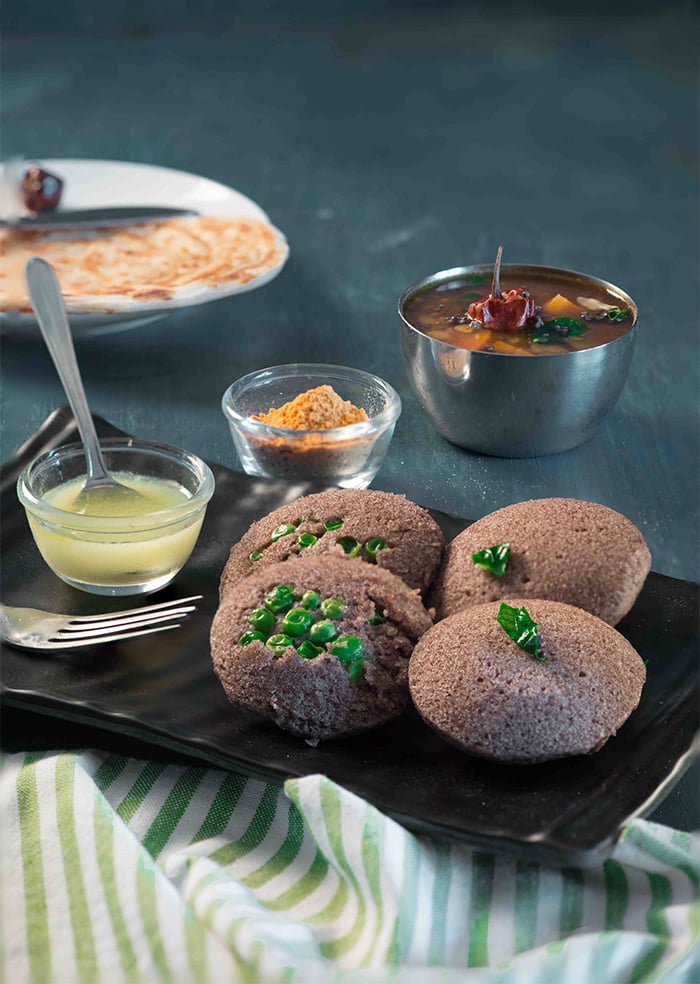 Ragi or finger millet is one of very nutritious gluten-free grain that can be consumed in the variety of ways. I make dosa, idli and bread most of the times. Ragi idli is our favourite to serve with sambhar, ghee and podi. Get the Ragi recipe Idli here.

If you are Idli lover, you might want to know about the origin of Idli and more variations of Idli

IDLI  VARIETIES AND HISTORY OF ORIGIN OF IDLI | FOOD 101

Also if you love Indian breakfast you might want to check out these Top 10 Indian Breakfast Ideas.

DID YOU COOK this recipe

If you tried this recipe please let me know how it came out! You can leave your feedback in a comment below and share a picture on Instagram with the hashtag #MyTastyCurry
« Microwave Mug Brownie | 2 Minutes Eggless Microwave Brownie in Mug
Schezwan Fried Rice | Fried Rice Recipe »
9916 shares