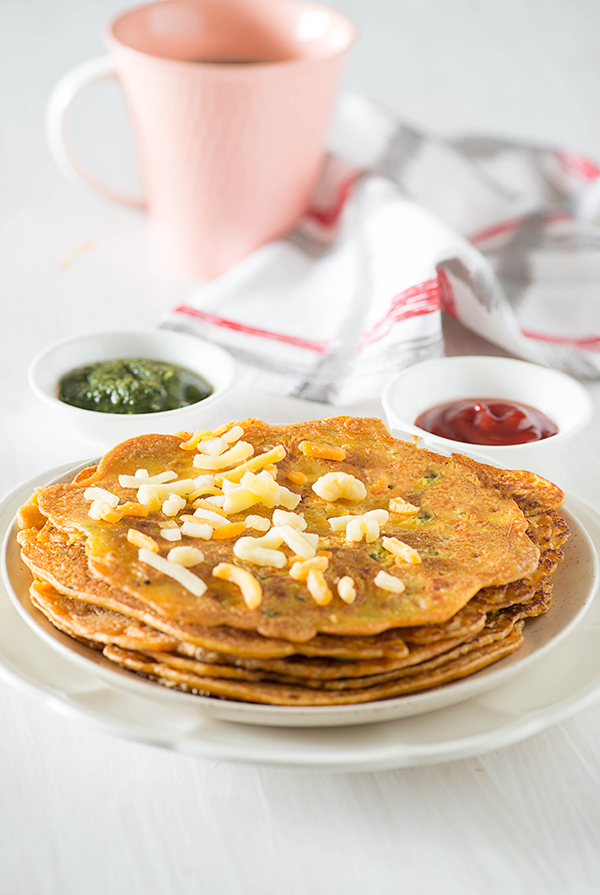 Besan Cheela is tasty and healthy Indian breakfast recipe. Besan ka cheela is also known as Besan ka puda or vegetarian omelet. It is naturally gluten free, vegan and low GI breakfast option. Serve it with green chutney and a chilled glass of chaach or masala chai for a quick tasty and one of the healthiest breakfast.

Gram flour or besan is Low GI flour so it digests slowly and does not cause too many fluctuations in blood sugar level which is good for diabetics. You can use it in rotis, paranthas as a replacement for flour or add it to whole wheat flour to add more proteins and fibre in your roti/chapati. Also, chickpeas flour/gram flour is high in soluble fibres and is a great gluten-free option for vegetarians. 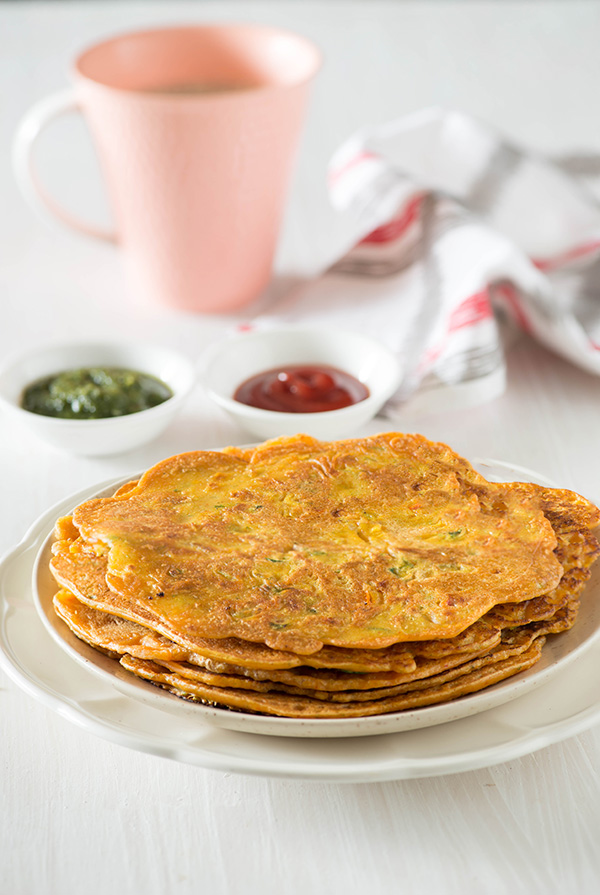 Besan cheela is great low GI, healthy Indian breakfast for vegetarians. It is highly nutritious breakfast option. Besan Cheela nutrition can be further increased with the addition of lots of vegetables while making besan cheela. You can make it as it is without adding vegetables but adding veggies increases the taste as well. So, I always go for Besan Veg Cheela. 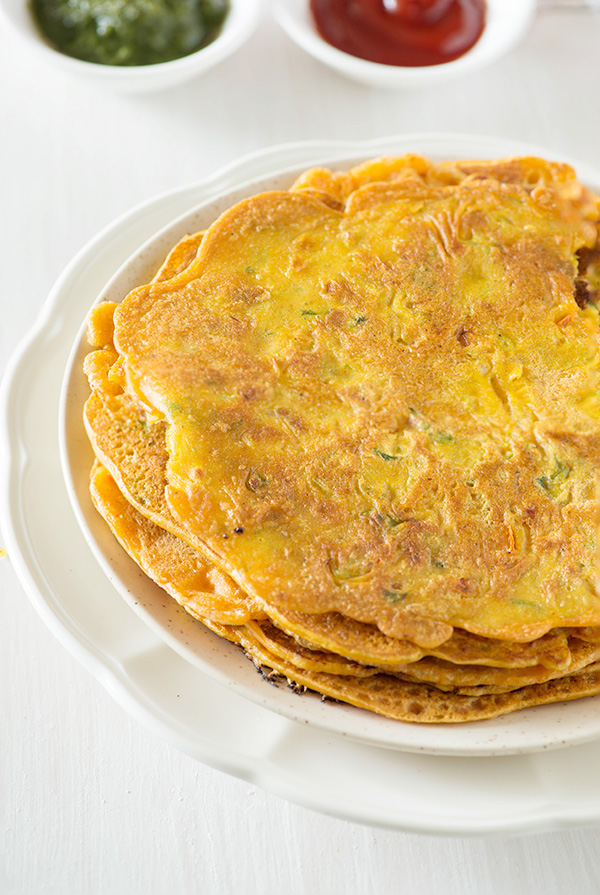 You can add chopped methi to make Besan Methi Cheela, grated lauki to make besan lauki cheela or add grated broccoli like I did in this recipe to make broccoli besan cheela.You can also add grated paneer to add variation and more protein. 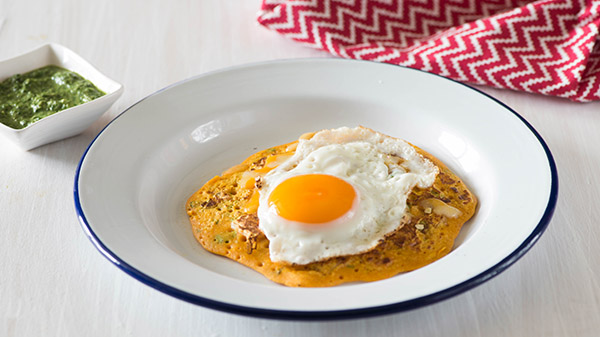 If I have leftovers, I always make this Besan Cheela Sabzi which is very tasty as well. Sometimes I make extra and store them in the fridge so that I can make sabzi next day.

Many people ask Is Besan Cheela fattening, I would say Yes or No! Well, it all depends on how do you cook besan cheela. If you use a lot of oil while cooking any recipe would be fattening if you are careful what and how much goes into your recipe it would become a healthier version. It is as simple as that. I personally like to go for a balanced approach than going overboard with two extremes of too many or too many ingredients or obsessing towards ultra-low calorie (often tasteless) food.

If you like this recipe of besan cheela you might like to try another Indian pancake recipe Sooji ka cheela.  Two more breakfast pancake recipes that I love are Chocolate and Ragi Pancakes , whole-wheat Orange pancakes

How to Make Besan Cheela at Home Video 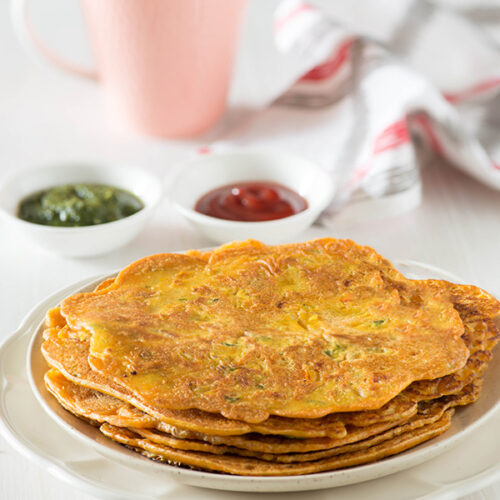 How to Make Besan Cheela