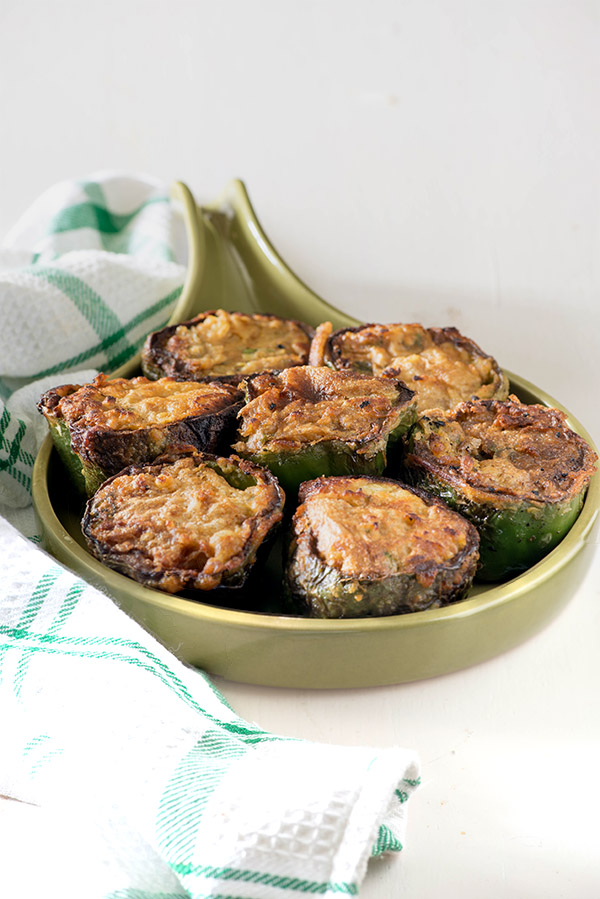 So, I just copy her recipe whenever I make this recipe at home. Sometimes I like to add variations in terms of filling instead of potatoes you can make a spicy paneer filling and stuff the capsicum. Or, you can add some crumbled paneer and boiled peas to potatoes while making the spicy potato filling for stuffed green bell peppers. These generously spiced green bell peppers provide a double dose of flavour plus health. This is also known as Bharwan Shimla mirch as Bharwan is a Hindi word for stuffed. (Bharwan bhindi recipe ) 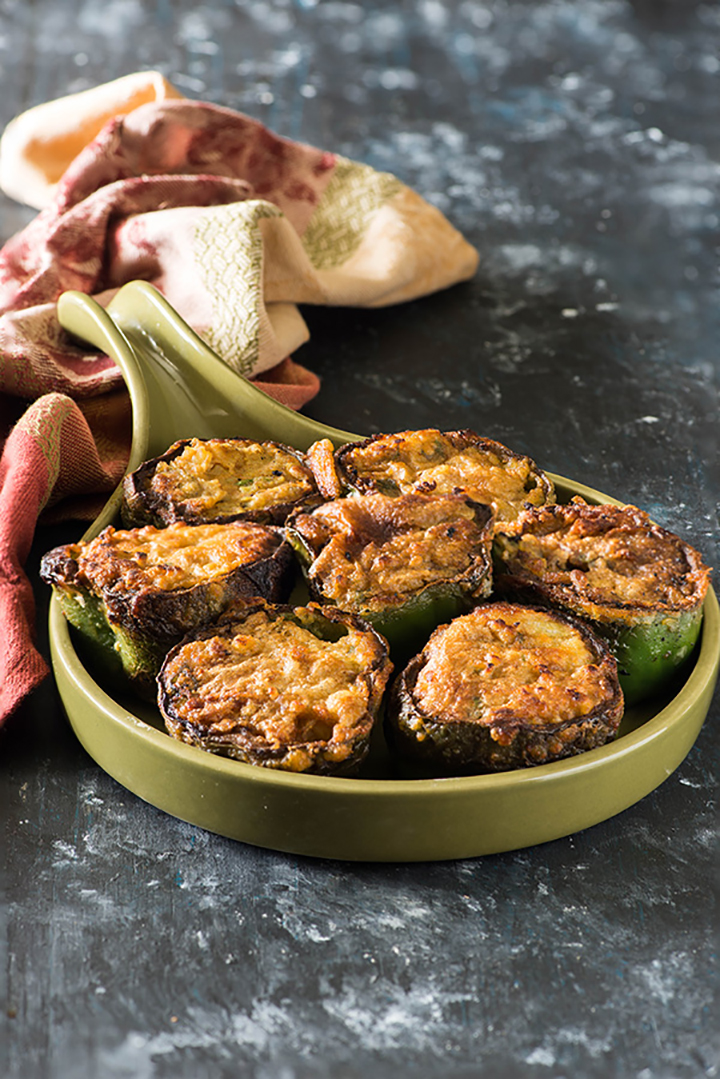 You can make the recipe in a pan like I made in the recipe video or use convection microwave. You can also bake the stuffed capsicum in a conventional oven or Microwave oven.

How to Make Stuffed Shimla Mirch in Microwave 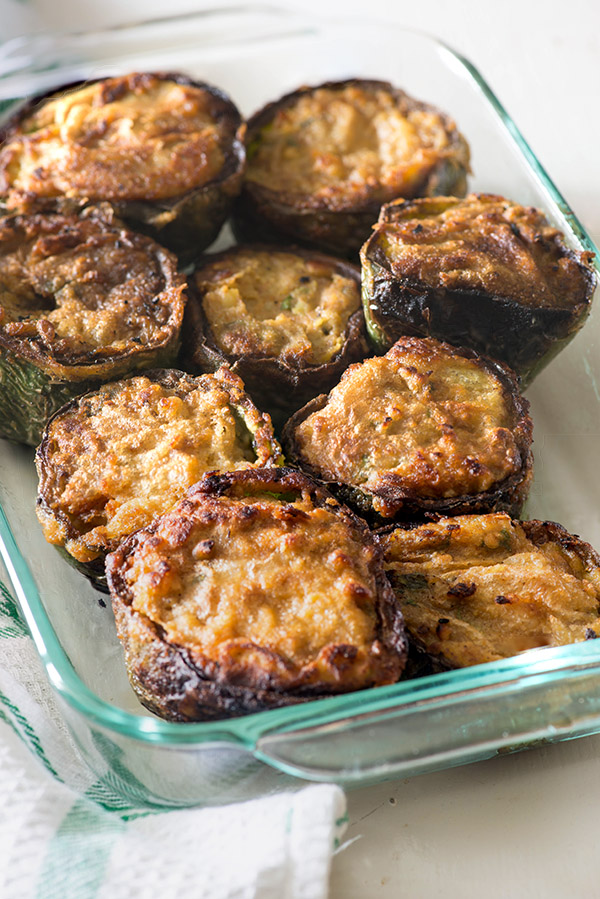 
It tastes best served with Chapati or paratha or as a side with a continental meal. Looking for more Indian dry sabzi or curry ideas you can try this capsicum and cabbage sabji, Mix Veg sabzi, Aloo Gobhi Achari recipe or sookhi aloo methi sabji recipe.