Rice pakora is cooked from cooked rice and gram flour along with spices. In this recipe of chawal ke pakore I added semolina or sooji and tweaked the proportions slightly, so that makes it chawal aur sooji ke pakore.

Other than cooked leftover rice You can also add other ingredients as well. I had small amount of spouts in the fridge so I added that as well. If you like you can add any leftover vegetables, like potatoes, peas,cooked carrots as well. Since it is made with leftover rice, I think I can customise it by adding more leftovers ?. 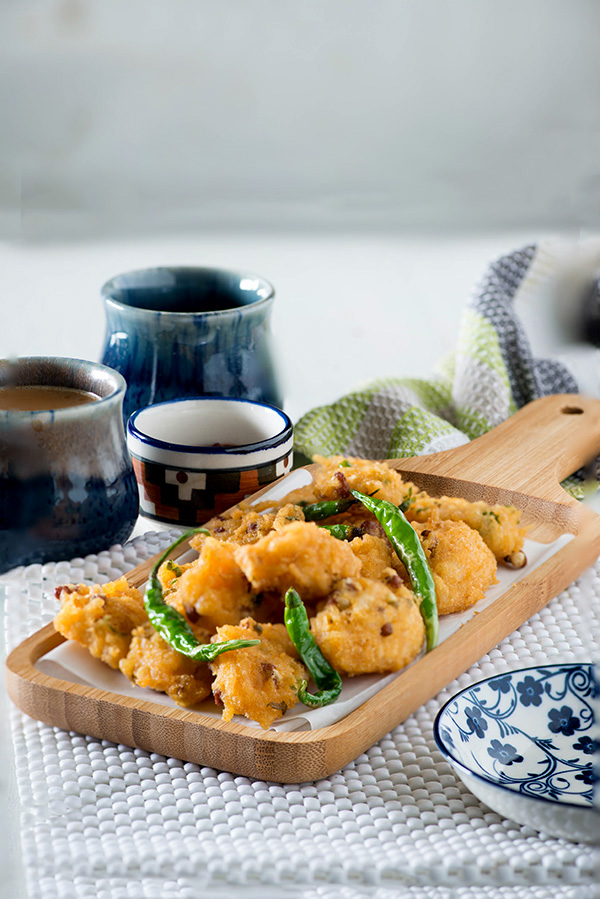 If you are a rajma chawal fan, you can even make Rajma chawal ke pakode. Keep rest of the recipe same but you can add cooked rajma or even rajma drained from regular rajma masala curry.

1. While making batter for chawal ke pakore, take care to add enough binding in form of besan so that pakora batter does not scatter while deep frying.
2. While deep frying make sure oil is heated enough till the smoke point. Otherwise the batter may scatter all over the pan.
3. If you deep fry at right temperature the rice pakora comes out crispier and also absorbs lesser oil.
4. Highly customisable in terms of adding ingredients, so you add other dry leftover veggies, cheese, paneer etc.

So, next time whenever you have leftover rice and in a mood to indulge in some crispy fried snack. The chawal ke pakore or chawal and sooji ke pakore is perfect option for you. This recipe goes under #MTCchaiNashta series.
.
Other pakora recipe you can enjoy are Ragi and Methi Pakoda, Paneer Pakoda and Aloo Bonda, Dahi Pakodi, Cauliflower Fritters, Corn Pakora, Palak and Paneer Pakora 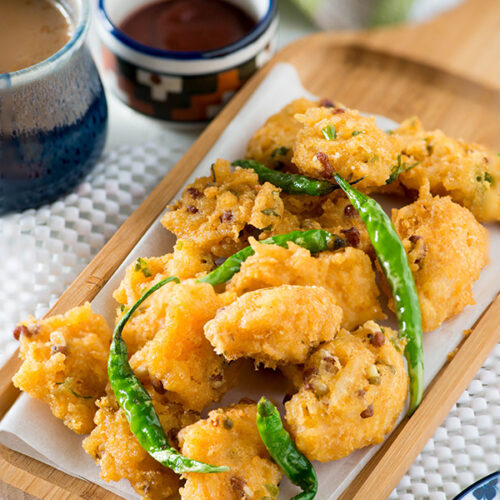