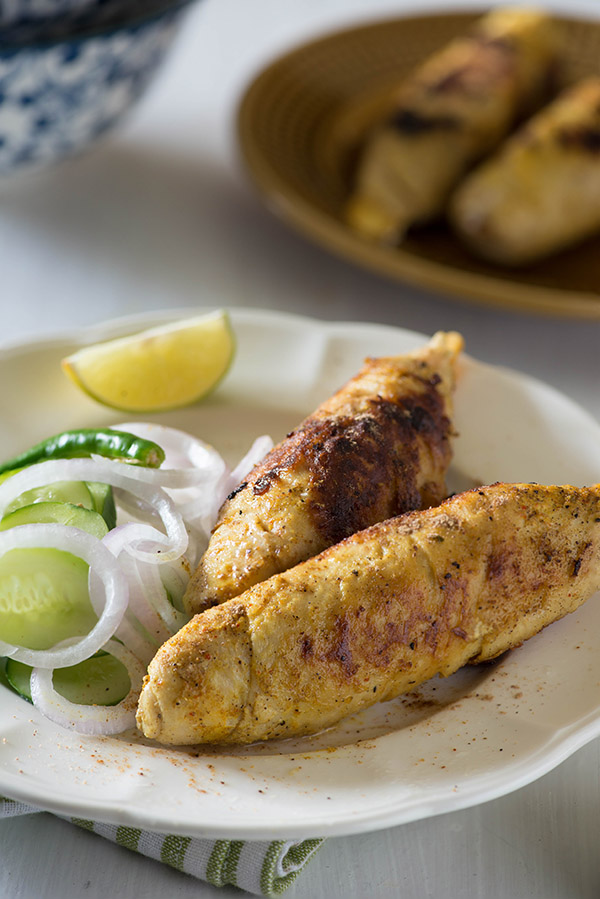 When I posted the recipe of soya malai chaap curry on the blog, many of you requested for the dry street style Tandoori malai cheap recipe which is also known as Afghani soya chaap. For making Afghani soya chaap the soya chaap is marinated in a marinade made with yogurt/curd, cream and spices and then cooked in a tandoor (clay oven fired with coal/charcoal).

Since I don’t have a tandoor at home I normally make this Afghani chaap in regular OTG or sometimes when in hurry I cook the dry soya malai cheap in a pan or tava. This tastes more like a veg kabab.

I usually marinate the cheap for 1-2 hours for good absorption of spices and flavours. But you can always keep them for more or less time. Sometimes I marinate the soya champ for even a day in advance. You can cut them into small pieces or just cook them on the stick that’s your own choice. I usually let them on the stick because of the ease of eating.

If you are looking for some protein-rich snack or appetisers, this soya chaap can be a great tasty snack option for vegetarians. I usually serve these with sliced onion/chopped salad, mint chutney. At the end of cooking, sprinkle some chaat masala and a generous squeeze of lime makes it all the more interesting and taste like regular street style Afghani soya chaap.

You may also like to try other soya recipes from the blog  Veg Soya keema curry, Malai Soya Chap gravy or other quick snack and appetiser ideas. 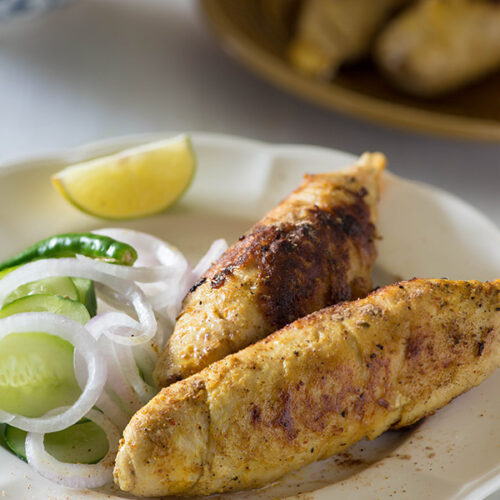