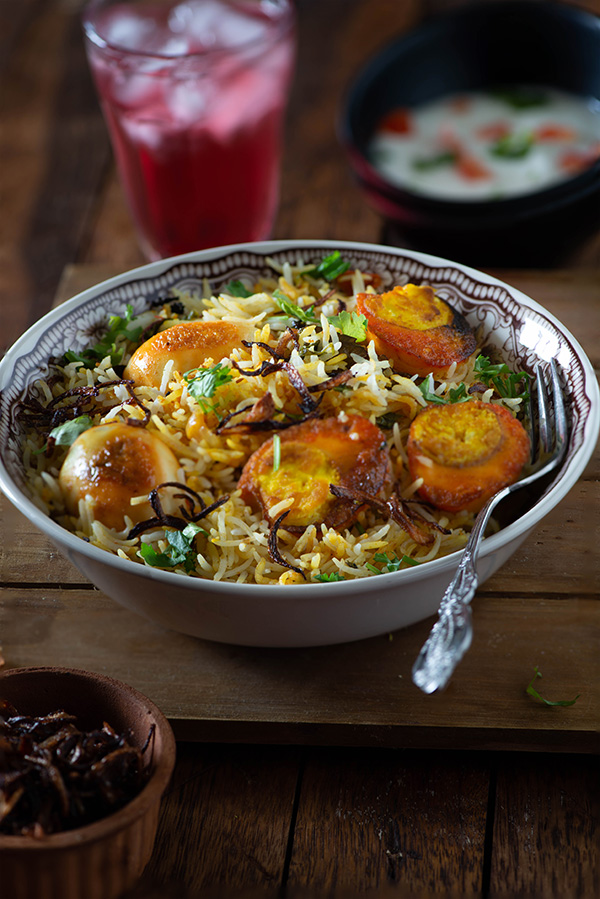 I would never have known about the existence of egg dum biryani or anda biryani until I heard about it from a friend. She cooks this delicious dum biryani with eggs. I adapted my biryani recipe to make this recipe for egg biryani.

You all know how much I love eggs, but I always thought of eggs as a garnish on biryani, never as the main ingredient of the dum biryani recipe. 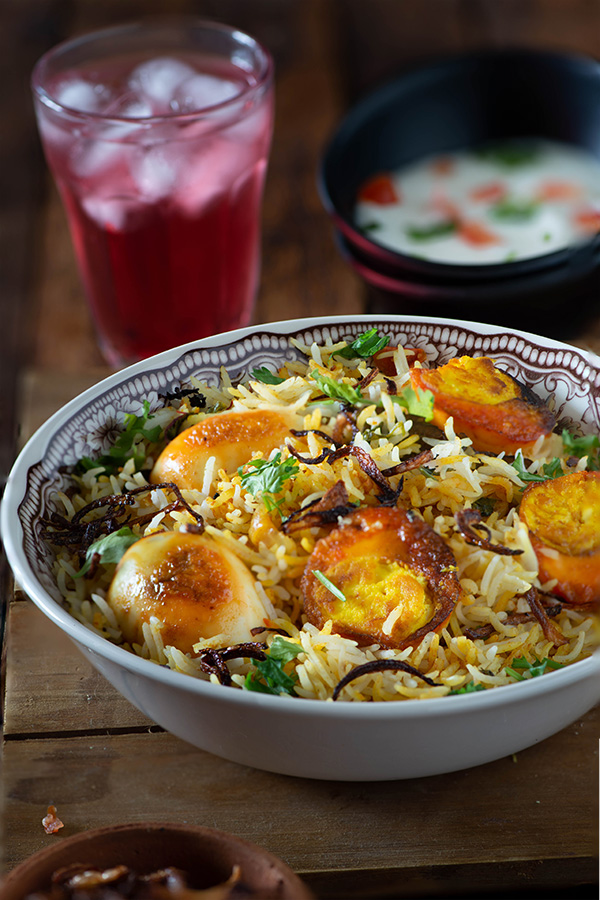 Many a time I have been told by Biryani purists that if you are not using meat with rice, you can not call it Biryani, that should be called Pulao.

Really! So vegetarians cannot eat Biryani. But as I always say What's in the name 🙂 the taste matters. Nevertheless, I cook this biryani recipe with same Dum biryani method.

To make egg dum biryani, I partially cook boiled eggs with the turmeric and spices. After that make usual biryani masala. Next layer the partially cooked rice with masala layer and alternate it with spiced boiled eggs.

For Authentic Hyderabadi egg biryani recipe, eggs are just boiled and used. Frying eggs is Bengali style of cooking.  In most of the Bengali boiled egg recipes, the egg is fried in oil before adding to any dish.

You need all the below mentioned ingredients for making egg biryani. Exact quantities are mentioned in the recipe card below. 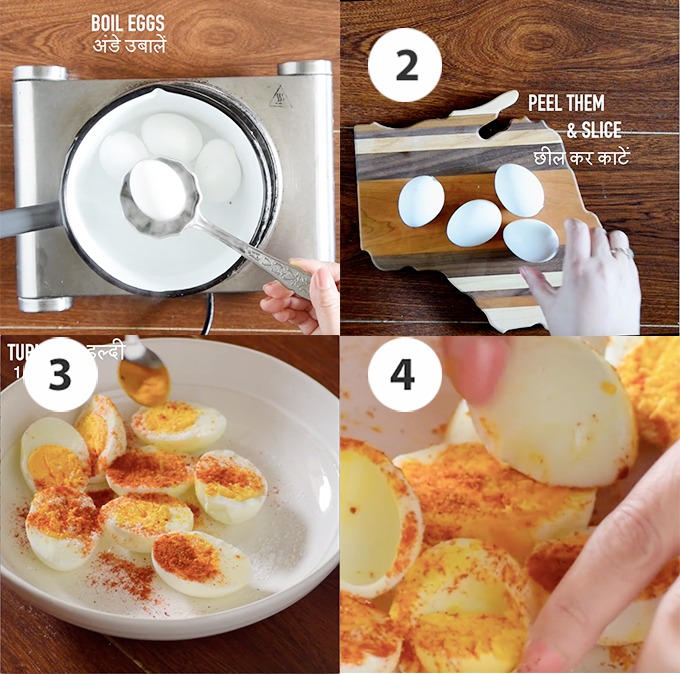 Boil the eggs and cut them in halves. Sprinkle salt, red chilli powder and turmeric powder on the eggs. Rub the spice powders on eggs and keep them aside. 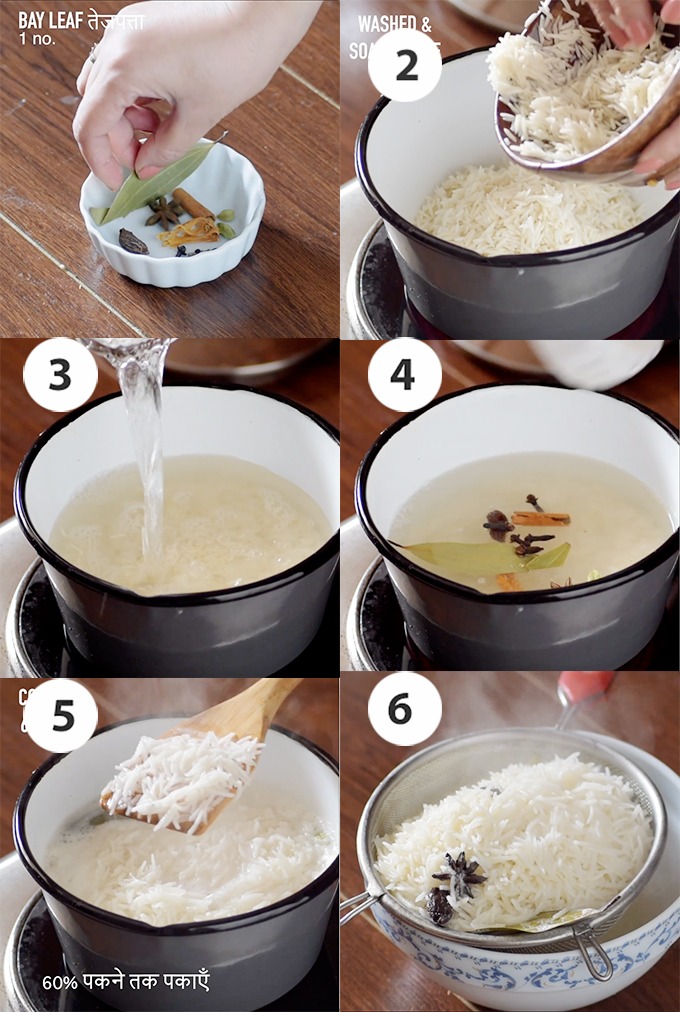 Wash the rice until water runs out clear. Soak the rice them for 15 minutes. After that drain the water.

Cook the basmati rice until rice is cooked partially. It should be done 60%.

Drain the rice and keep aside. 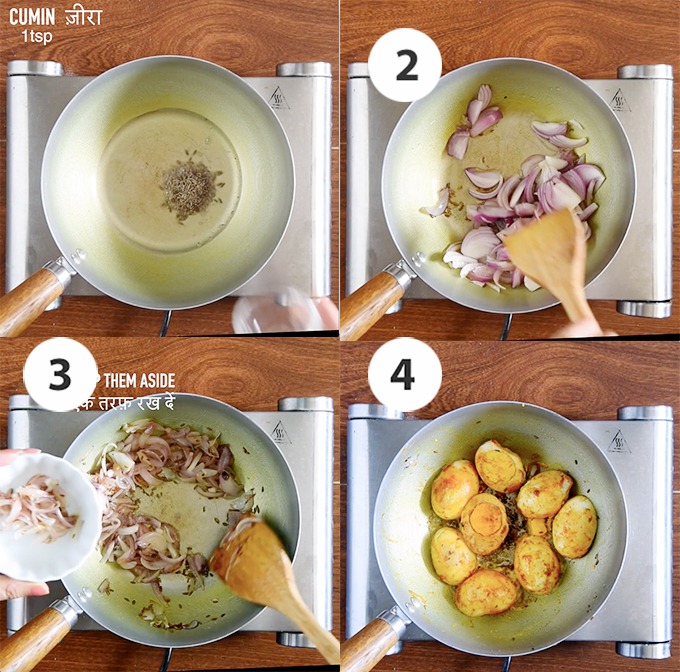 In a deep pan add ghee, heat it and add cumin seeds. When the cumin starts to crackle add sliced onions in the pan. Cook the onions until they are golden brown, take them out of pan and keep them aside. 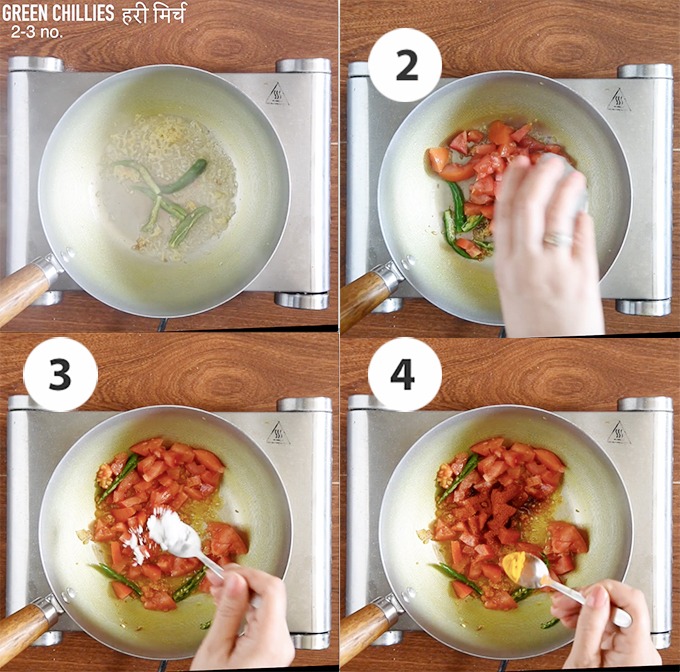 Cook the tomatoes until they are soft and mushy. Add curd and mix well to cook for a few more minutes. 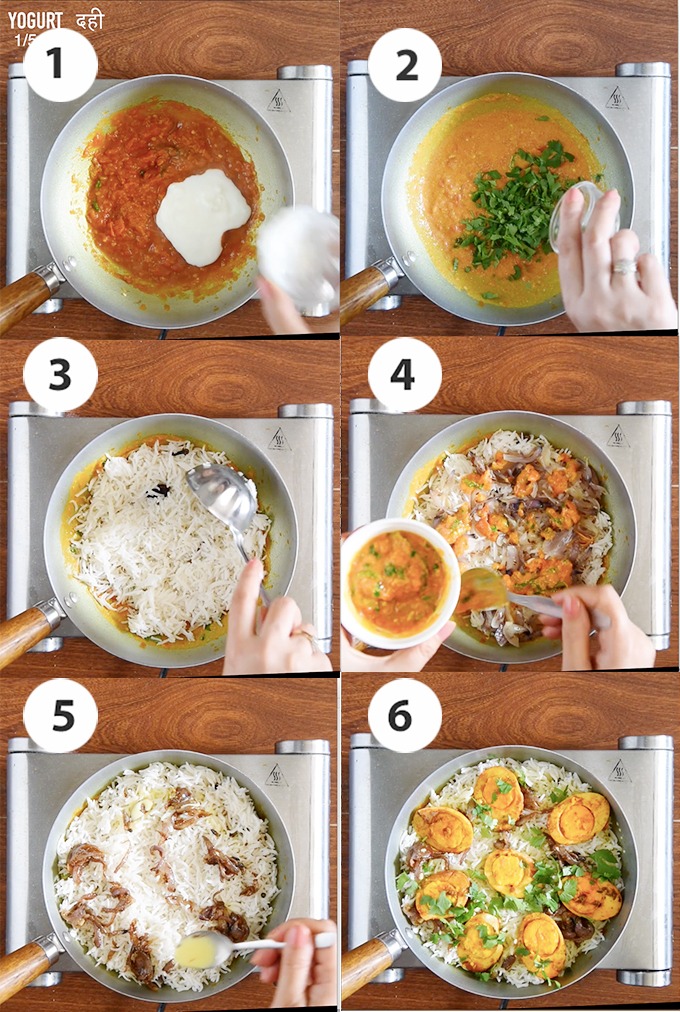 Add coriander leaves mix and Take out half the amount of masala aside.

In a small bowl mix biryani masala and cooked onion. Then spread it on top of the rice layer.

Sprinkle saffron soaked in milk all over it and layer the egg halves on top of it.

Cover and cook the biryani on dum for 15 minutes on the slow heat. After that fluff the rice then serve Egg Biryani.

Other Biryani Recipes on My Tasty Curry