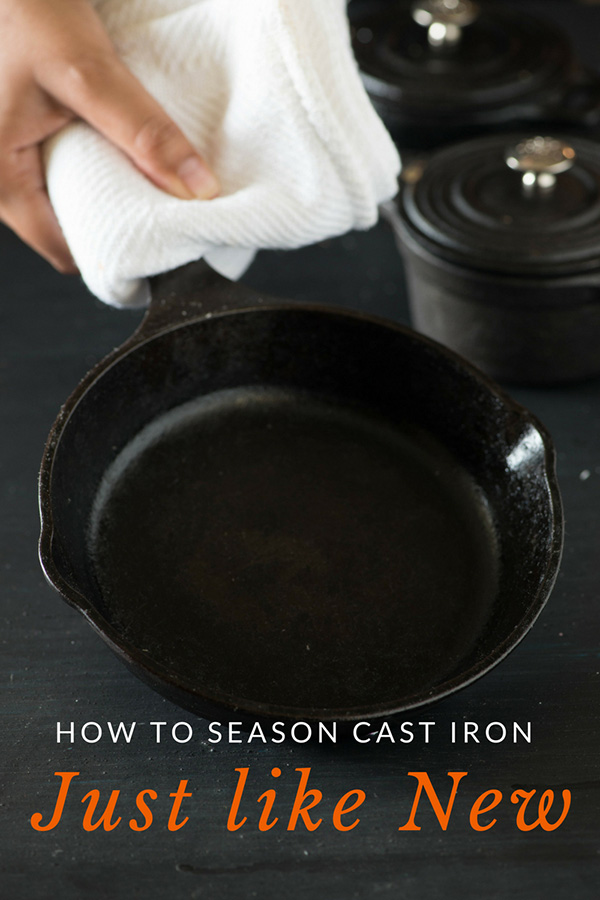 Cast iron pan or skillet is a useful cooking equipment which has had an essential place in every kitchen since ages. Let me walk you through the step by step method to Season cast iron skillet at home.

I highly recommend watching the above video for correct procedure. Also if you like it or find it useful do leave me a comment on my youtube channel.

Undoubtedly, you can rely on your cast iron pan for cooking different recipes. But before you do that, do not forget to season your pan at any cost. What does that mean?  Well, I am here to clear all your doubts regarding seasoning a cast iron pan.

Seasoning, in this case, has nothing to do with salt or spices. Seasoning is a process that can be described as a hard, protective coating that is formed by heating incredibly thin layers of fat (like oil) on the cast iron. This process is termed as polymerization.

A proper cast iron seasoning protects the cookware from rusting, provides a non-stick surface for cooking, and prevents food from interacting with the iron of the pan. After three to four times of repeating the process of seasoning, you get a non-greasy, blackened coating which protects the cast iron.

Once you have seasoned your cast iron pan properly, you can simply enjoy non-stick cooking easily. Use it to cook eggs or chicken or bake your brownies, it serves all purposes - just don’t forget to season your cast iron pan time to time.

Before I begin with the instructions of seasoning a cast iron pan, let me clear out the myths regarding cast iron pans.

One thing that should be avoided completely is leaving your cast iron pan in the washing sink for a longer time.

Now, the step by step method of How to Season your Cast Iron Skillet. 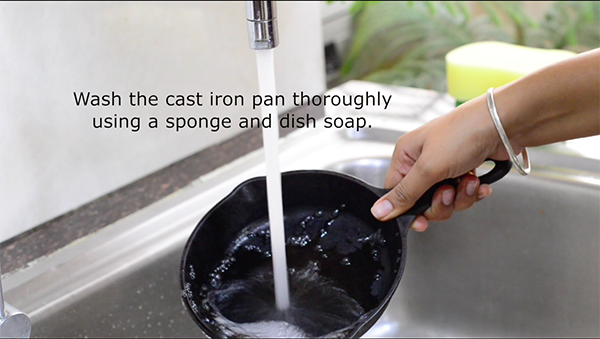 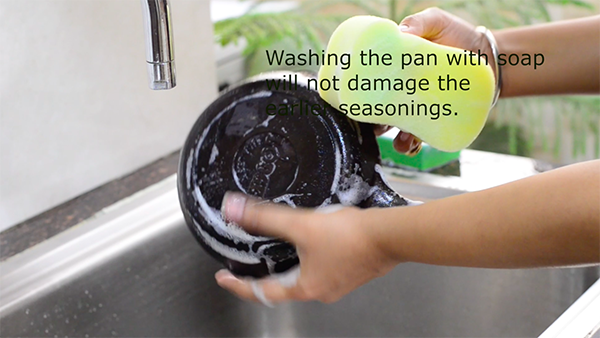 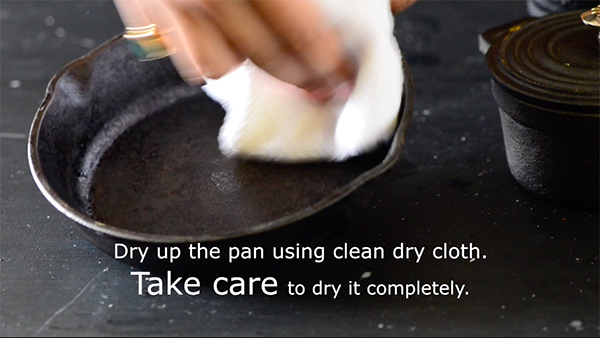 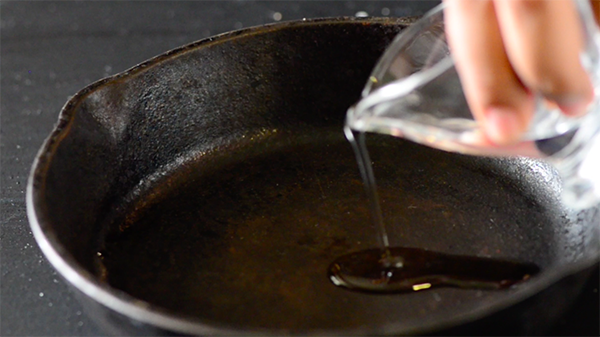 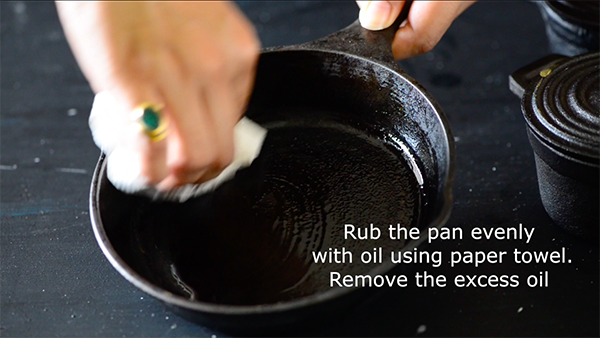 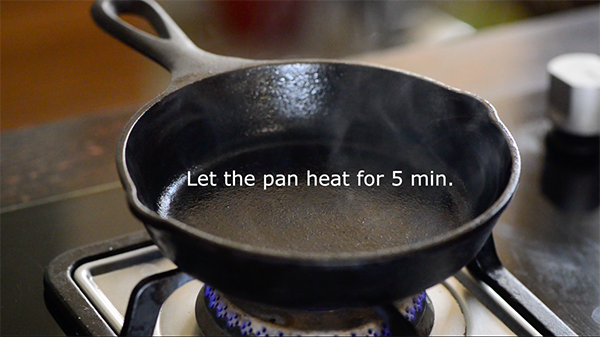 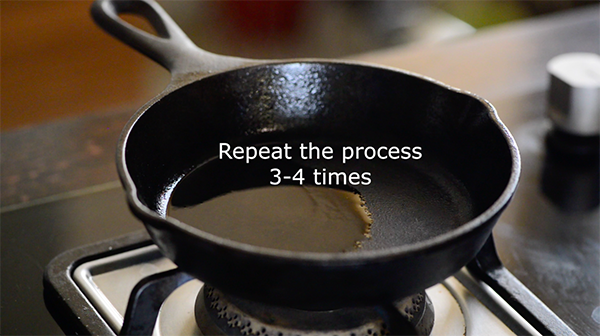 How to Organize Indian Spice Pantry