Paneer Balti Masala is a very popular paneer recipe from Indian and Pakistani restaurants in Britain. Fresh soft chunks of paneer in a bucket of spicy tomato gravy taste absolutely incredible in this paneer curry recipe. This is a semi-rich paneer curry made with freshly toasted and ground whole spices served in a special dish which is known as called Balti. 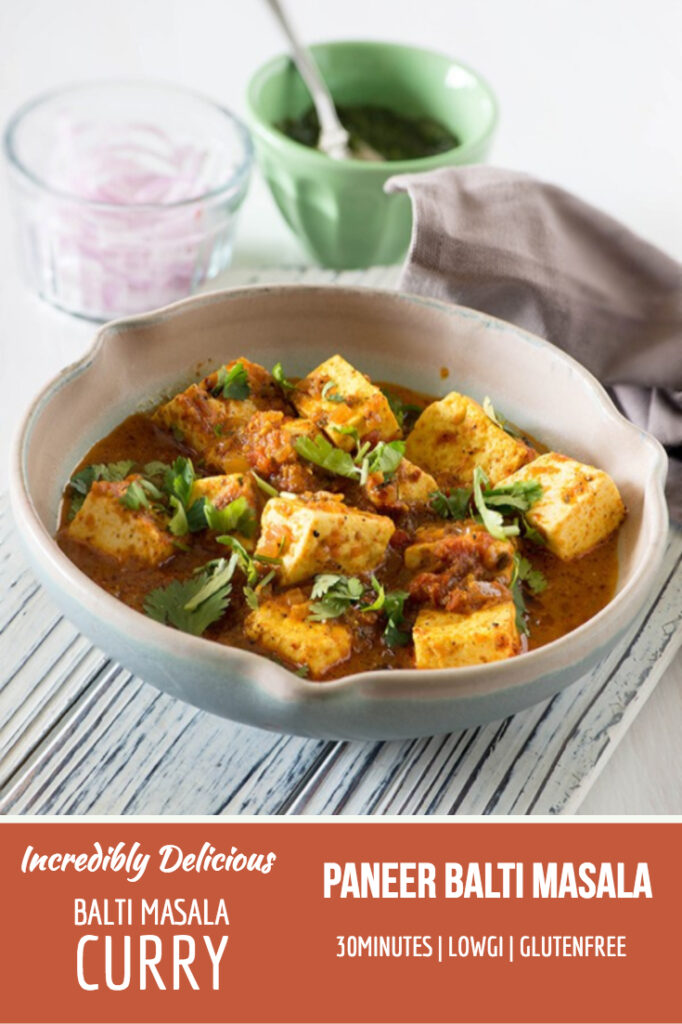 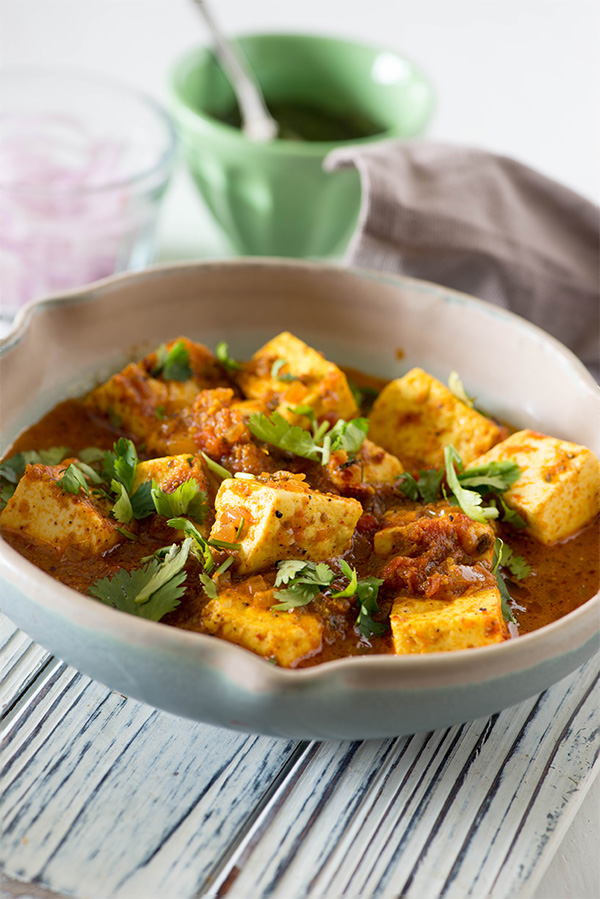 Balti Paneer Curry just like Chicken Tikka Masala finds it's origin from British Indian cuisine. You will hardly find these dishes in India. As for any other chicken dish, vegetarians have adapted the Chicken Balti to Balti Paneer recipe. If you like to try another British curry you can try this Paneer Tikka Masala.

Balti curries are generally ready in 20 minutes. The ingredients are lesser, no creamy milk or yoghurt to subdue the flavours of whole spices. It is a blend of the restaurant way of cooking on high flame with rustic focus on bringing out the flavours of spices and base ingredients. This dish has its own charm which is pleasing to the taste buds.

I have had the opportunity to taste Paneer Balti masala in the streets of Birmingham. It is cooked in a different style but with the same spices as most Indian paneer curry recipes. The taste is not far away from our dhabas. It has a hint of Pahari cuisine because of the ratio of oil and whole spices which goes in it.

The ravishing red-brown colour of this curry shows how well the masalas are toasted. I sometimes like to use my homemade bhuna masala paste which further reduces the cooking time. I sure feel like a kitchen ninja when I make such dishes under 20 minutes or even less with the meal prep!

A food for thought is how did balti dishes become a patent of Birmingham, U.K! There are many restaurants called ‘balti houses’ clustered in a lane towards the south of Birmingham city centre. Just like Tikka Masala dishes balti masala is also mostly a British dish. I think that with lots of Indian and Pakistani people in that area they adapted Indian curries to suit the British palette. Who could have predicted the craze of Indian spices will spread like a forest fire. Coming back to this tasty curry.

If you are a vegetarian my guess is you are cooking it at-least twice a week. You can easily add Paneer at least twice in your weekly meal plans. It is rich in calcium and proteins and even helps produce fat burning acids! You can include it as a curry such as a paneer do pyaza, tamatar wala paneer, paneer ghee roast or a simple matar paneer, the list of paneer recipes on MTC is exhaustive. I think tandoori paneer tikka would also work great in this balti curry. When your main ingredient is a clean canvas like paneer the possibilities are endless.

I love cooking balti paneer masala because it is easy and tastes just as heavenly as the slow cooked paneer curries. The only cautionary word while cooking on high flame continuously is the constant stirring. The proportions of oil and masalas are different from the regular paneer butter masala curry. This is a more intense, aromatic and rich curry base which goes great with paneer or meat. It is an apt dish to choose for days you want to ditch your healthy habits for the joy of cooking.