Paneer Kofta is deep-fried Paneer balls served in a delicious and rich tomato and cashew curry. Melt in mouth paneer kofta balls are almost similar to malai kofta. These kofta balls are served in a luscious and creamy restaurant style creamy gravy. You can serve this paneer gravy with any bread of your choice roti, paratha or naan. 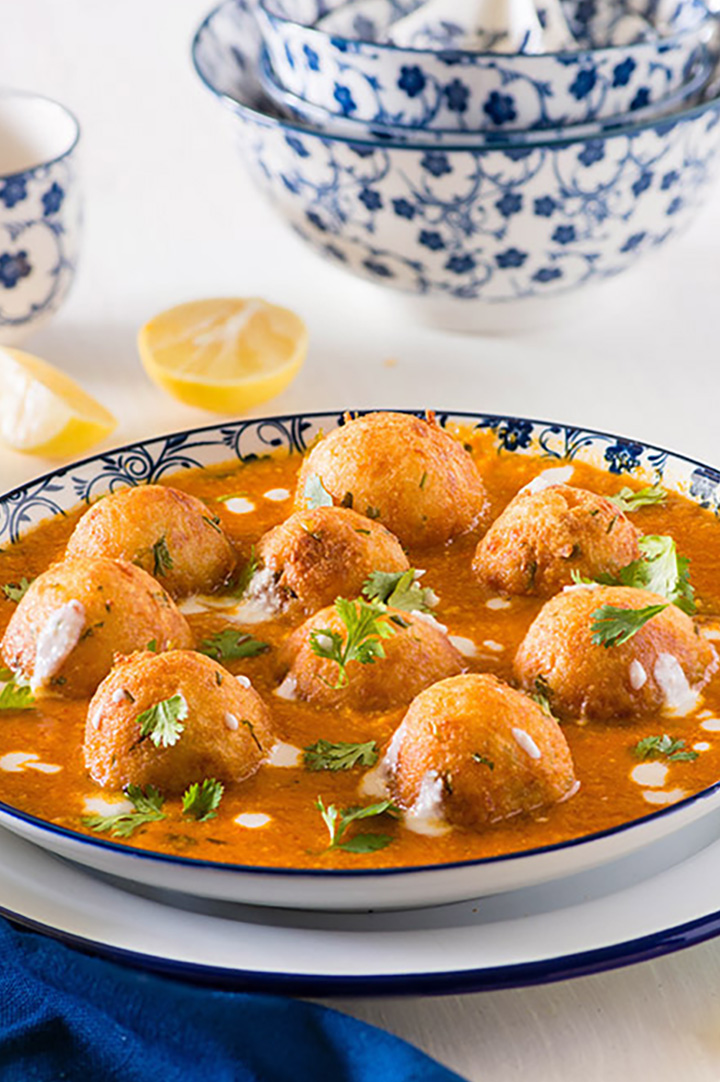 Paneer kofta recipe is a delicious and rich kofta recipe that belongs to the family of royal Lucknow cuisine. These are also known as malai kofta because malai is a Hindi word that means cream and kofta are fried balls. So the term malai kofta literally means koftas/fried balls dunked in a creamy sauce.

Kofta is made minced meat or ground meat but in India, vegetarians make the Veg kofta like paneer kofta, potato or Aloo Kofta, banana or Kele ka kofta and my favourite Lauki Kofta. Word Kofta is derived from the Persian word Kufta which means “to grind” or “to beat.

Fried balls of potatoes and paneer are served in a rich, creamy gravy made with onions, tomatoes and cashew. Most of the times I make a double batch. You can enjoy them as a teatime snack like these crispy Paneer cheese balls or like kebabs.

So half of the paneer kofta balls are enjoyed as a teatime snack and I use half of them for making this Paneer Kofta curry.

How to Make Paneer Kofta Balls?

For making kofta, I mix grated paneer with boiled and mashed potatoes. It makes them soft and kofta binds better. For the kofta stuffing, I use a mix of dry fruits like cashew and raisins. 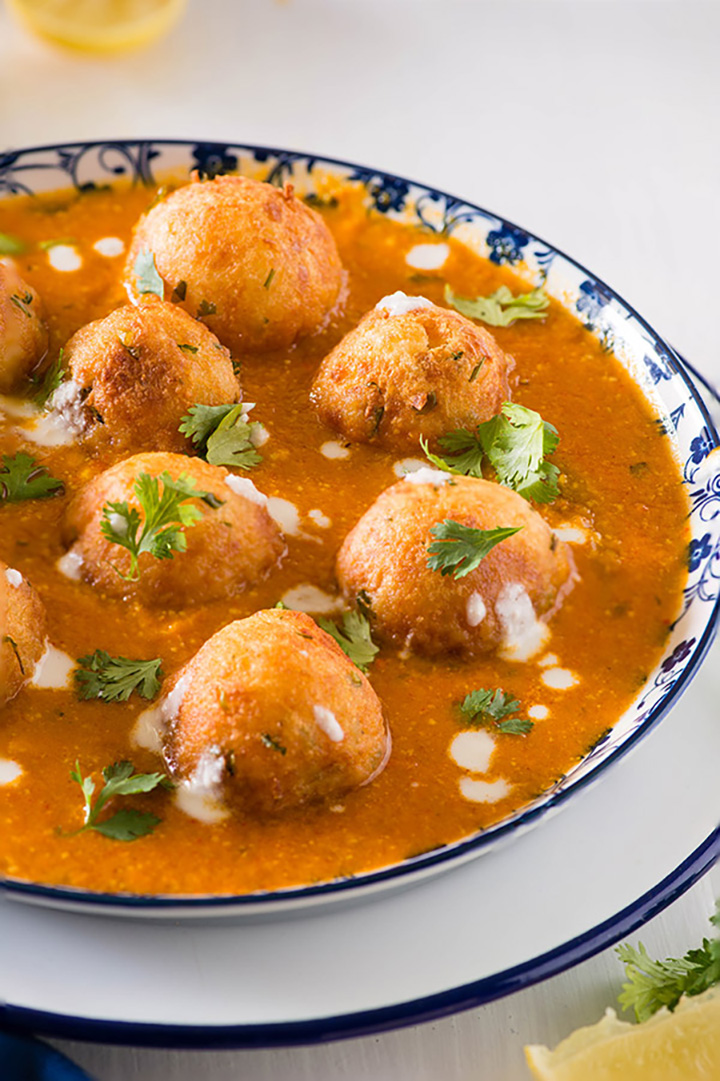 Gravy for Kofta is made using onion and tomatoes. Cashew paste is added for giving a rich texture and creaminess to the kofta gravy. The recipe of paneer kofta balls is almost similar to malai kofta except I did not add malai in this kofta. Malai kofta is served in white gravy which is slightly sweet in taste.

You can also make this same kofta in white gravy, which is made with cashew and fresh cream. But white gravy is ultra-rich so I have left that for very special days. 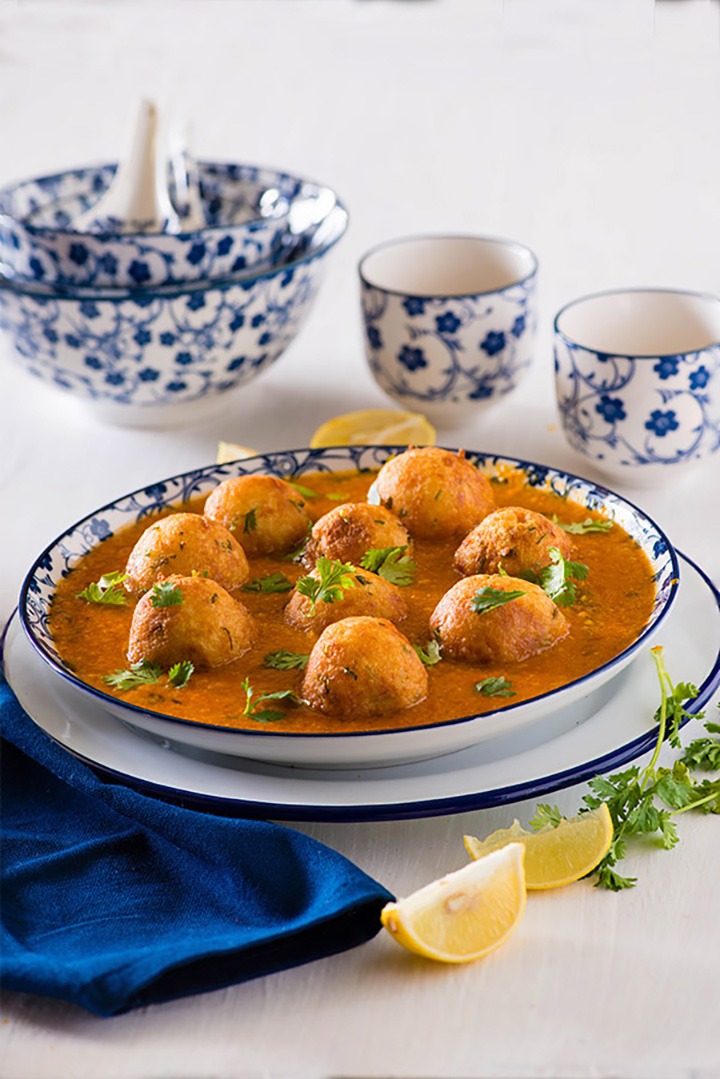 If one Veg kofta recipe that qualifies to be on the menu for every party, get together, and special occasions, this is the one. Whenever you want a little lighter everyday kofta curry you can try this Lauki Kofta recipe.  If you are looking for a no onion no garlic fasting recipe you can try this kele ke kofte.

I often serve the Paneer kofta gravy with naan, roti or paratha. You can also serve paneer kofta balls as an appetiser or teatime snack with chutney.

Since Kofta balls turn soggy very easily so in case you want to store this dish store kofta balls and kofta gravies in two separate containers. You can store them in fridge for upto 2 days. When You are ready to serve reheat gravy and kofta separately.

To serve, in a bowl place kofta balls and pour gravy. Serve it immediately.

Similarly you can store paneer kofta as described above for upto 12 weeks. When you are ready to serve first thaw gravy and kofta balls on counter. Reheat them separately. To serve, in a bowl place kofta balls and pour gravy. Serve it immediately. Things to take care while you are Making Paneer Kofta