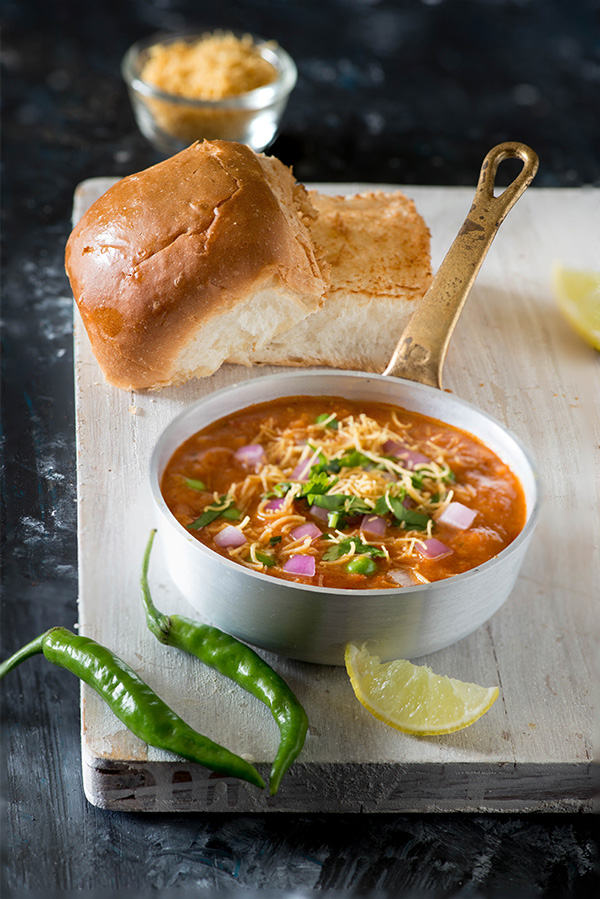 I have tried so many sinfully delicious Pav bhaji recipes, that are simply irresistible. But when it comes to making it on regular basis healthy Pav Bhaji recipe is what I make most of the times.  So I guess that makes this recipe qualifies to call it a healthier Pav bhaji.

If you like to try other Mumbai street food recipes

Well! this is not your pav bhaji recipe dripping with butter and served with pav that is almost drenched in butter and toasted on the same tava on which bhaji is warmed by street food vendors in Mumbai. One of my favourites is Sardar Pav Bhaji and Canon Pav bhaji is another favourite.  As much as I love to eat that Mumbai street style Pav bhaji, I simply can't eat that on regular basis. None of us these days. So I devised my own method of making pav bhaji recipe. That satisfy the cravings, and there is lesser guilt because this is a healthier recipe. 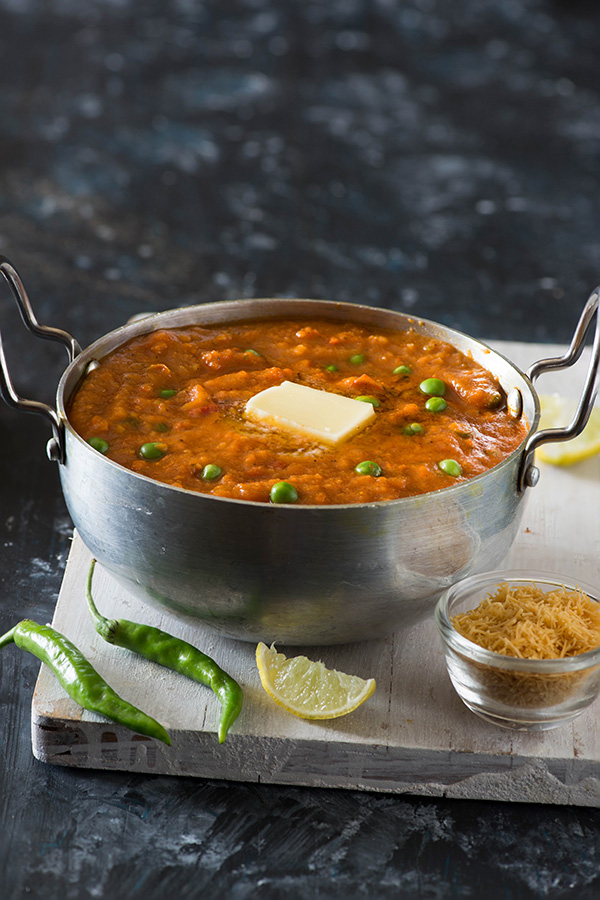 I adapted the regular recipe of Mumbai Pav bhaji slightly to make it little healthier than regular restaurant style pav bhaji recipe which is floating in butter. It tastes almost similarly spicy and flavourful. The texture is creamy, just like the regular street-side Pav Bhaji Recipe. And, if you are feeling indulgent just add a blob of butter to top it... like the foodie boy did and you have your buttery and spicy bhaji with pav.

The heart of any good Indian recipe is the masala. In this recipe too, the taste of pav bhaji masala matters a lot. I used to make my own pav bhaji masala but now with so many good brands available I mostly rely on masala from supermarket shelves. Talk about being lazy 😀 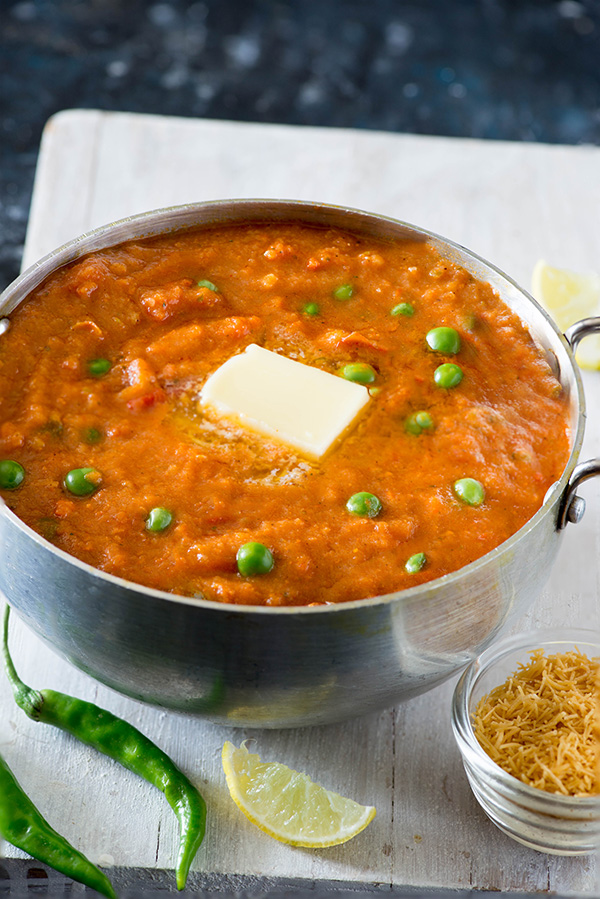 I reduced the number of potatoes in bhaji drastically and replaced it with pumpkin which adds more nutrition and texture as well. This also reduces the GI (glycemic index) of pav bhaji considerably. But, you still have to mind the portion. If you don't know that potato is replaced with pumpkin you will not find much of a difference.

Go On! try it once... and you will know that healthy Pav Bhaji exists. But for that, you also have to get rid of too much butter like I did :). You can skip Pav and enjoy just the bhaji with a squeeze of lime and little bit toppings and it was still so good.

How to Make Pav Bhaji- Recipe 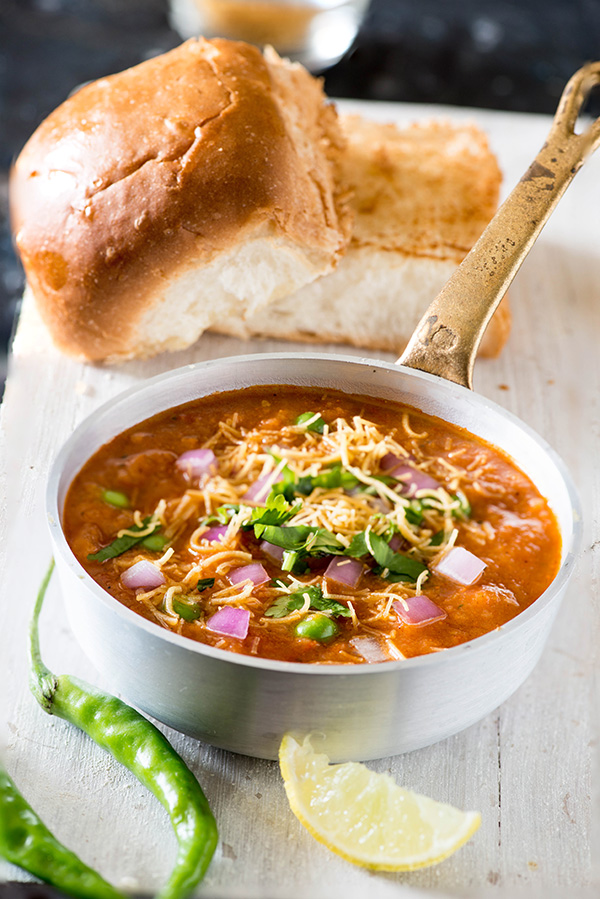 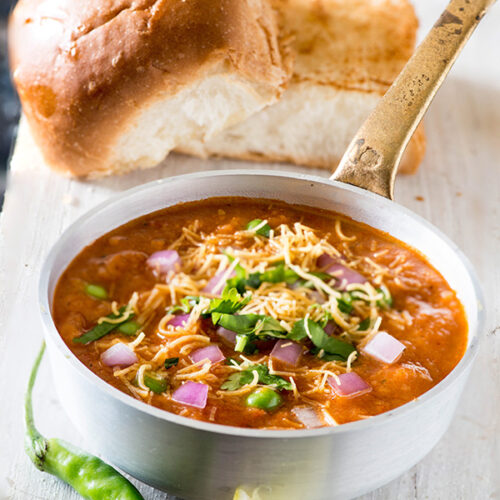