Have u ever found yourself in a situation where you have realised that you don’t have any vegetables left in your refrigerator and all you have is just a few onions and tomatoes? With so much to manage these days,  it is a very normal thing as sometimes you don’t have time for grocery shopping or you run out of vegetables sooner than you planned for. Today’s recipe of sev tamatar ki sabzi is for days like that!

Also, with this recipe of Rajasthani sev tamatar ki sabzi I am kicking off brand new facebook video series "Curry in A Hurry" where I am sharing Indian curry recipes that can be made in almost 20 minutes (give or take 1-2minute) and that too with most common ingredients available in pantry of any Indian Kitchen. Keep watching for the space and follow my Facebook Page to stay updated.

Sev tamatar ki sabzi is a dish that belongs to Rajasthani cuisine. This same dish is also known as Sev Tamate nu Shaak in Gujarati cuisine. Rajasthani Sev Tamatar sabzi is bit spicier than Gujrati version of sev tamatar sabzi where it is slightly on a sweeter side.It is a simple and quick recipe that gets cooked in just 20 minutes but leaves you in the awe of its taste for a long time.

Sev Tamatar ki sabzi is spicy curry from Rajasthani cuisine. A quick and spicy curry which is quite popular and served in most dhabas in Rajasthan.

Rajasthani cuisine is influenced by war-like lifestyles of its inhabitants and the non-availability of ingredients in this arid region.Mostly the food that could last for several days and used less water and other ingredients was preferred. Sev tamatar ki sabzi is exactly the dish which ticks in all these fields.

It is a delicious curry from Rajasthan and super easy to cook. It requires minimum ingredients and most of these are easily available in the kitchen. The tomatoes are cooked in the Indian spices before addition of the crispy sev which results into a spicy, tangy curry, best served with roti, paratha, moti roti or bajra roti. 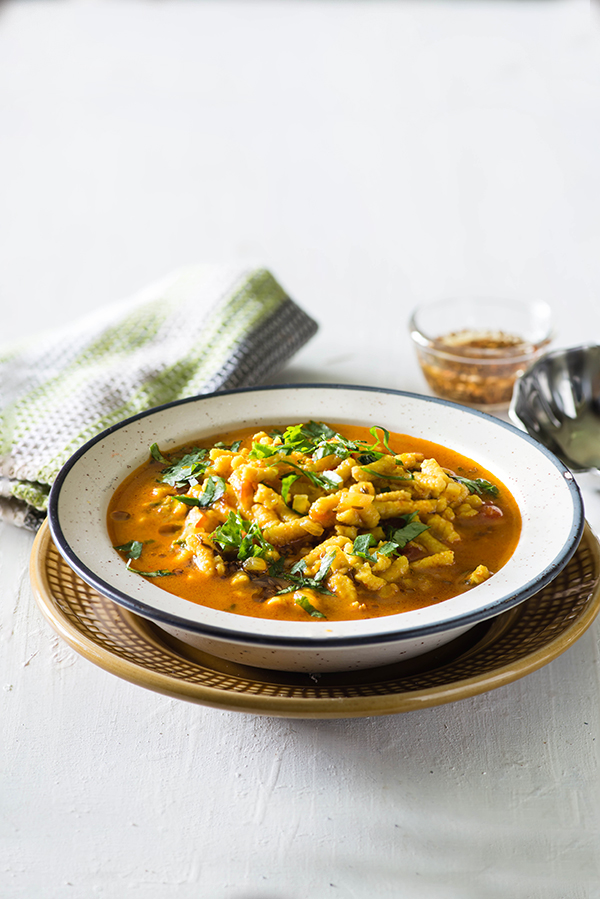 Sev is a popular snack that consists of small noodles made of besan or chickpea flour seasoned with salt and spices before being deep-fried in oil. I normally use besan sev which is easily available in the market or you can even use the bhujia nankeen if that is handy. You can easily make sev tamatar sabzi without onion and garlic. Just skip adding onion and follow rest of the recipe as it is.

You can spot this curry in the restaurants or Dhaba in every corner of Rajasthan, but till then let’s cook it wherever we are. If you like sev tamatar ki sabzi and Rajasthani cuisine you may want to try Rajasthani Gatte ki sabzi, Papad vade ki sabzi which are popular Rajasthani curries. 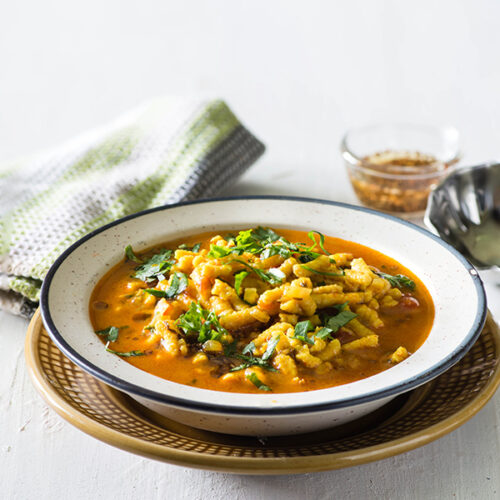