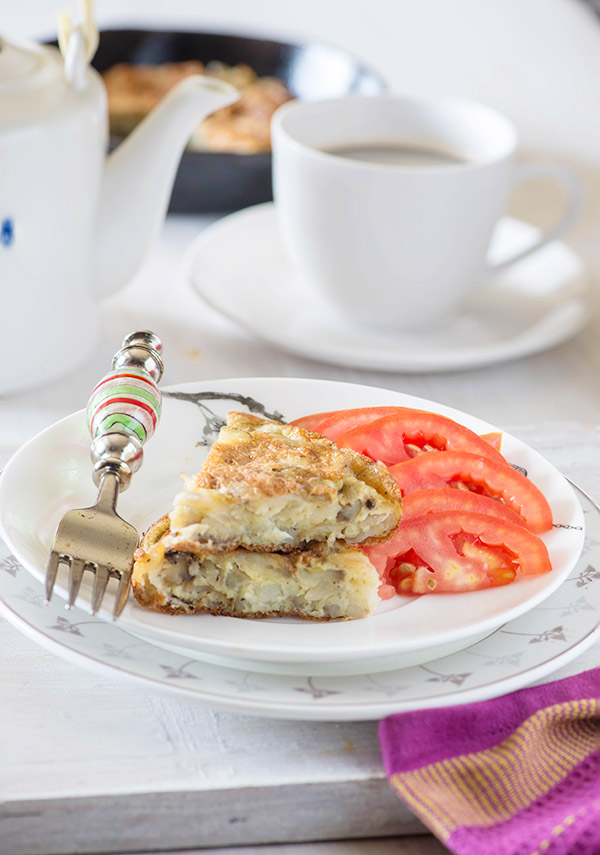 Spanish omelette is just an English name for a traditional Spanish dish called as tortilla española, tortilla de patatas or tortilla de papas. It is an omelet made with eggs and potatoes but sometimes onion or garlic is also used.

It is served as a cold appetizer in Spain and most of the South American countries and is very different from a plain omelet or French omelet. In Spain, this often served as tapas, cut into small cubes or wedges, speared on cocktail sticks with local alcohol. This perfect picnic meal can also be had hot and for breakfast.

The method of its preparation involves thinly sliced starchy potatoes.They are then cooked in abundant olive oil that can be reused later. Some sliced onions can be added at this stage if used, stirring, at a moderate temperature until they are soft but not brown. The cooked potatoes and onions are then mixed with beaten eggs. This mixture is then returned to the pan and fried slowly on both sides.

The essential ingredients are eggs, potatoes and salt, onion or garlic is optional.The seasonings such as pepper, parsley or oregano may also be added but not necessary. Other ingredients such as green or red peppers, chorizo or other sausages, tuna, shrimp or different vegetables, may also be added, although Authentic Spanish Omelette does not have all these. 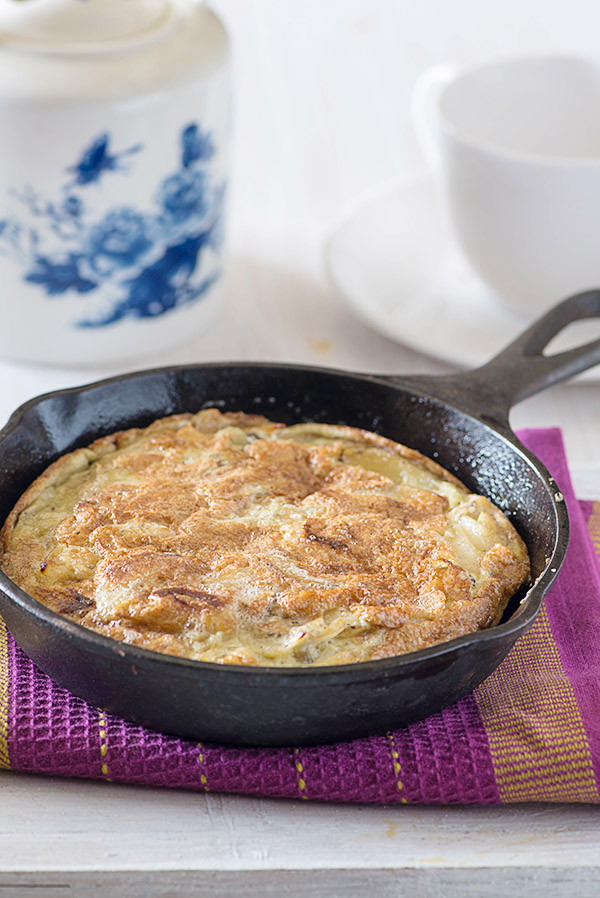 If you like to try more Egg Recipes for the breakfast you might want to try Egg Bhurji Delhi Style, Mumbai Masala Scrambled Eggs, Indian-style Bread Omelette Sandwich, Parsi Akuri and more other egg recipes on my tasty curry, Indian Masala Cheese Omelet 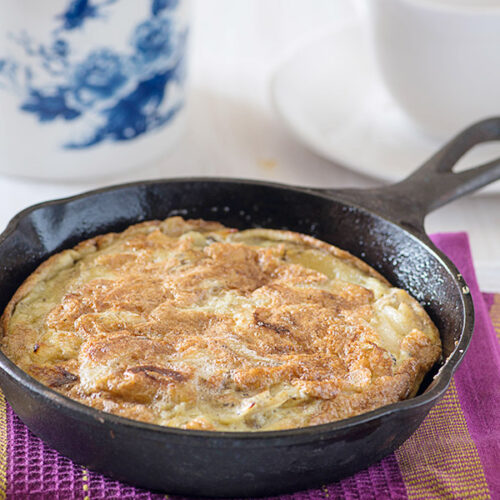 1.The frying pan being used should not be too heavy as it will cause problems while flipping the omelet.You can use a non-stick pan if a seasoned cast iron frying pan is not available. 2.Thinly slice the potatoes and dry them immediately to prevent browning. 3.Use extra virgin olive oil if possible to maintain the authentic taste of the Spanish omelet. 4.Move the egg mixture to the potatoes and onions while they are still hot. 5.Curdling of eggs is a good sign that the eggs are ready to be cooked. 6.Wait patiently while the egg is cooking on one side but keep a close watch. 7.Flip the omelet carefully to avoid breaking it. 8.Serve hot or cold with salad or bread.