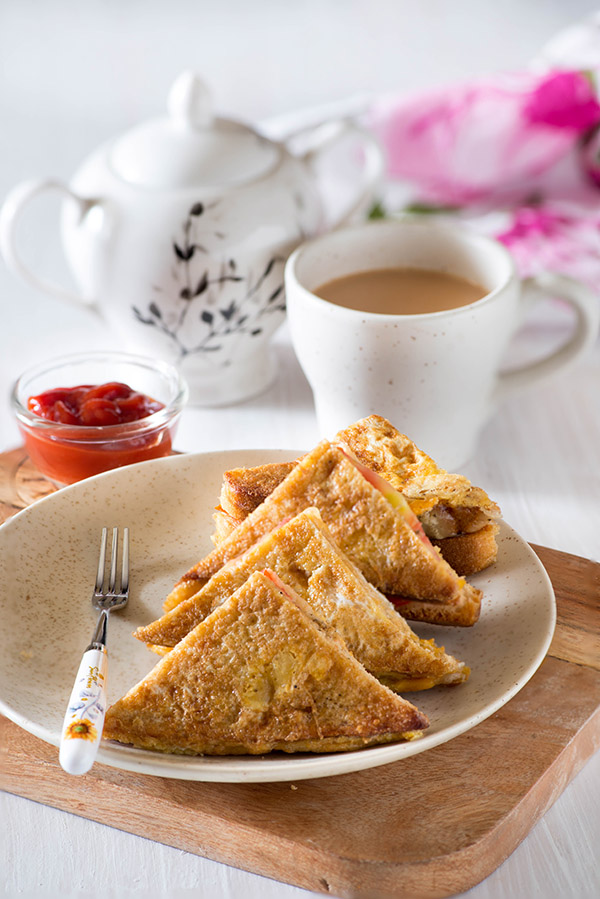 Spicy Indian French Toast is an Indian version of the popular French toast. Quick and Easy Indian breakfast made with old bread and eggs is a delight to eat and especially so if you love eggs and bread for the breakfast.

Indian Masala French Toast is a recipe derived from the original French Toast which is also known as eggy bread, German toast,  gypsy toast, poor knights (of Windsor), or Torrija. The usual French name is pain perdu meaning "lost bread". This dish has traveled a lot before and after reaching India and has been mentioned in recipe books since the 4th century.

It was brought to India with Britishers during the colonial times, and we Indians adopted it like it as our own in its savory french toast version.We made a savory variation of an already popular sweet version of French toast and named it Indian Masala French Toast or Egg Masala Toast.

For making Indian french toast recipe, one-day-old bread works best. Fresh bread tends to break a lot after absorbing the egg batter.  For preparing the savory french toast bread is dipped into milk, eggs, and spices batter and then pan fried on a grill pan or griddle/tava. To make the savory version we can add spices and vegetables to the egg mix and soak the bread in this mix before frying. You can also top it up with cheese for the extra cheezy taste. 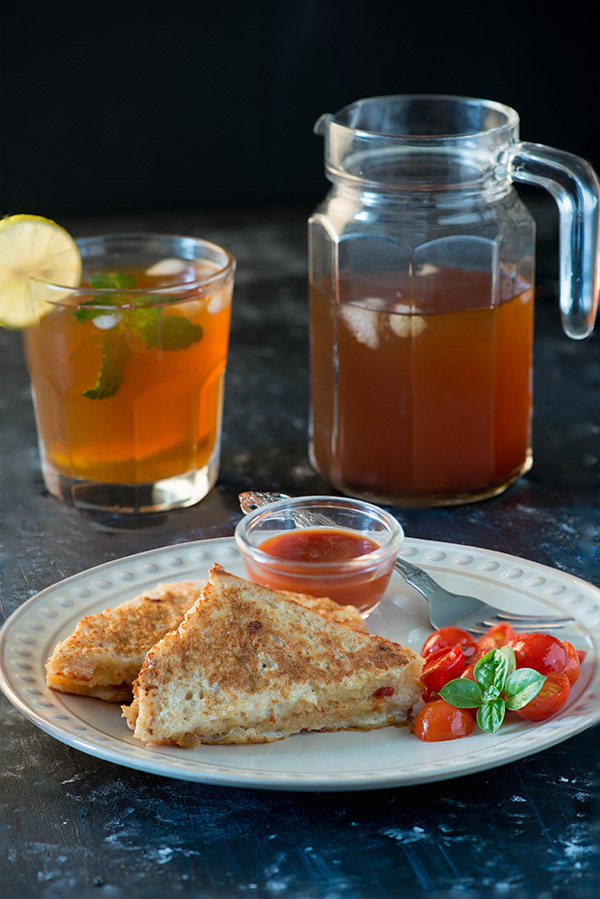 To make the savory masala French toast you can add spices and vegetables to the egg mix and soak the bread in this mix before frying. You can also top it up with cheese for the extra cheesy taste. In this recipe I made stuffed masala french toast. You can use a variety of stuffings. I used tomato and cheese stuffing for this Indian version of french toast.

One can use any type of bread for making a french toast and add any vegetables as per the availability and preferences. Even a simple basic recipe with only onions, tomatoes, and green chili does a great job. So if you are bored of the normal sandwiches or bread omelette, this could be a great alternative.

This simple and tasty dish can be had as breakfast, carried as lunch or served as a quick bite any time during the day. The sweet version is mostly had as breakfast but also preferred as dessert in some places where it is served with honey.chocolate,maple syrup,fruit etc.We Indians due to our love for spices love the savory version more, which makes it a popular choice in the kitchen. Not only in taste but this dish also has great nutritional value due to its ingredients. 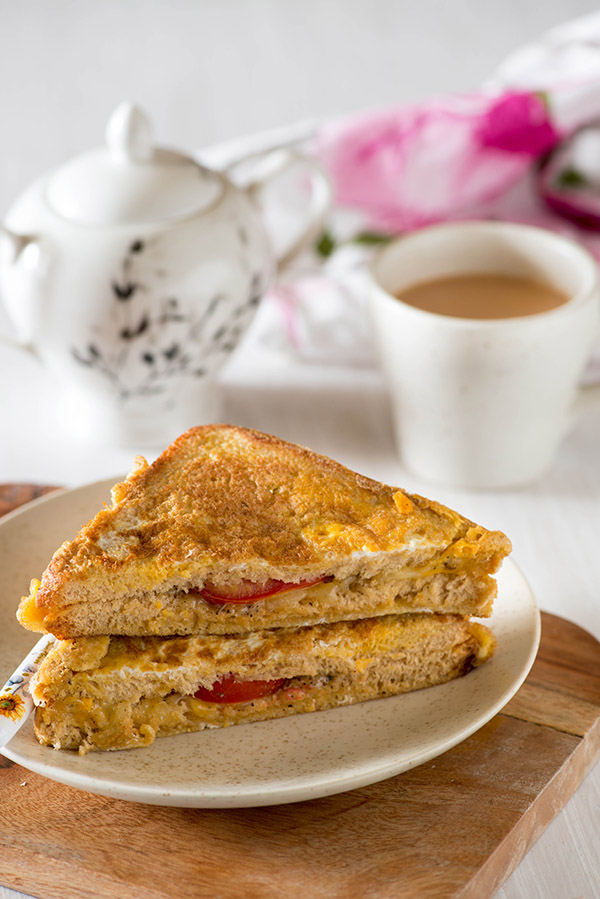 The Indian French Toast can be served with tomato sauce, green chutney, cheesy dip etc. So next time your kid is hungry or you want to dig into something while in rush, you need not spend money on 2 minutes junk food but follow the recipe or maybe add some of your magic to the recipe and whip up healthy and tasty snacks/breakfast for your kids.

If you like to try more Indian style Egg Recipes for the breakfast you might want to try Egg Bhurji Delhi Style, Mumbai Masala Scrambled Eggs, Indian-style Bread Omelette Sandwich, Parsi Akuri and more other egg recipes on my tasty curry.

HAVE YOU TRIED THIS RECIPE? 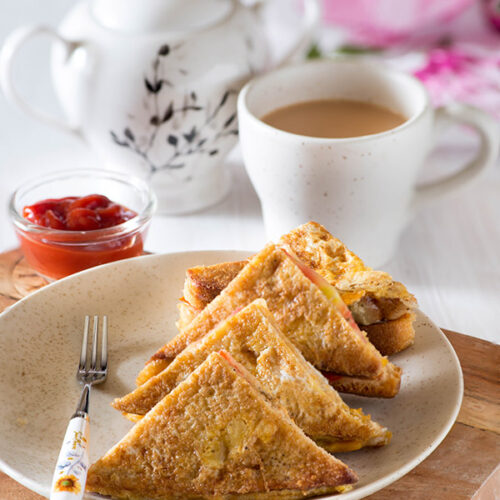