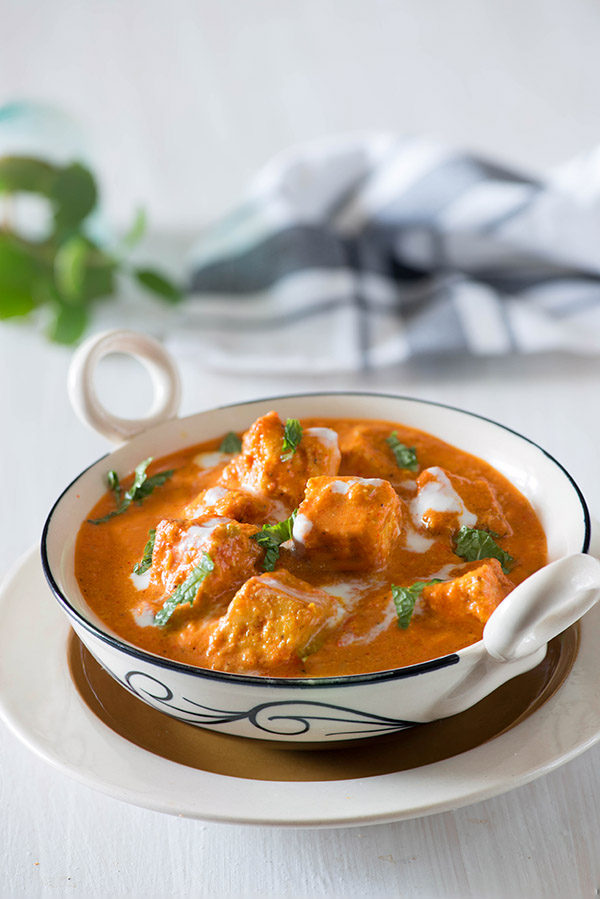 It was interesting to learn that chicken tikka masala is actually a British curry and not an Indian recipe :). So technically the recipe of paneer tikka masala too is British. If you see any Indian restaurant menu in the UK or USA, most of the chances are you will see paneer tikka masala gravy on the menu. You can guess the popularity of this paneer recipe when you see name prefixed in various Burger or Pizza places.

I make curry sauce for tikka masala with onion and tomatoes as a base. Then go on to add yogurt, cream and nuts to give it a rich texture. In this paneer curry recipe, normally cashew is used to give it creamy and nutty taste. But, in this gravy recipe, I use soaked and peeled almonds as a substitution as I like the taste better. You can use the same gravy for making chicken tikka masala as well.

The creamy and delicious Paneer curry with Naan is a classic combination, but sometimes you can just eat it like that too. Why parties, you can always double batch of Paneer tikka than the required for the tikka masala paneer curry recipe. You can keep paneer tikka in the fridge and use it as a starter, sandwich and wraps filling or even in salads. 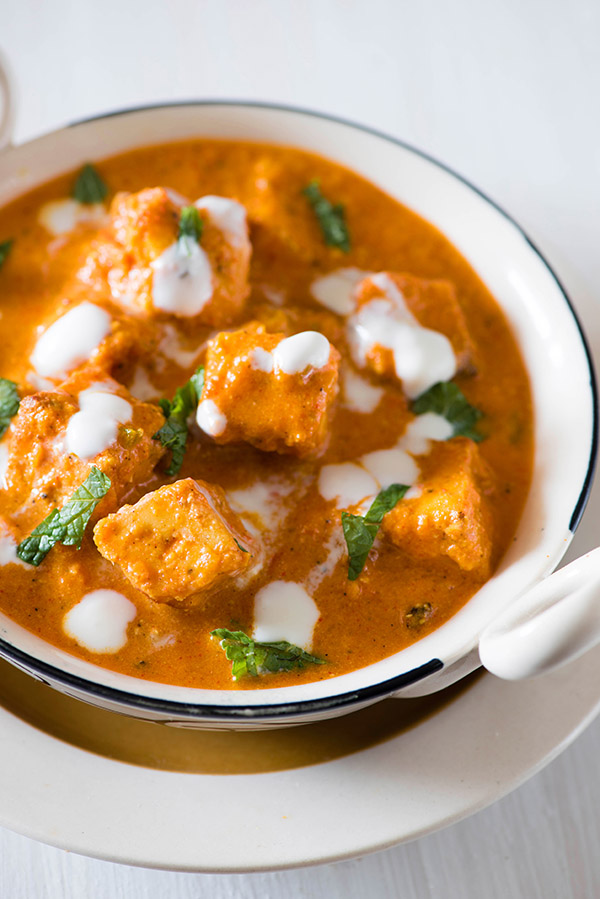 It is best to leave the paneer in the marinade for some time to soak in all the flavours of spices before grilling the paneer. The number of spices adds to the deep aromatic flavours to your dish.

I tell you Guys that this is best paneer tikka masala gravy to mop up with Naan, Tandoori roti or jeera rice. You can also serve it with Jeera rice for lunch or dinner. Also, you can directly grill marinated paneer over a low flame if you do not want to make it in tandoor or oven. To save some time and effort, I mostly grill it in the oven, which gives it the perfect smoky flavour. 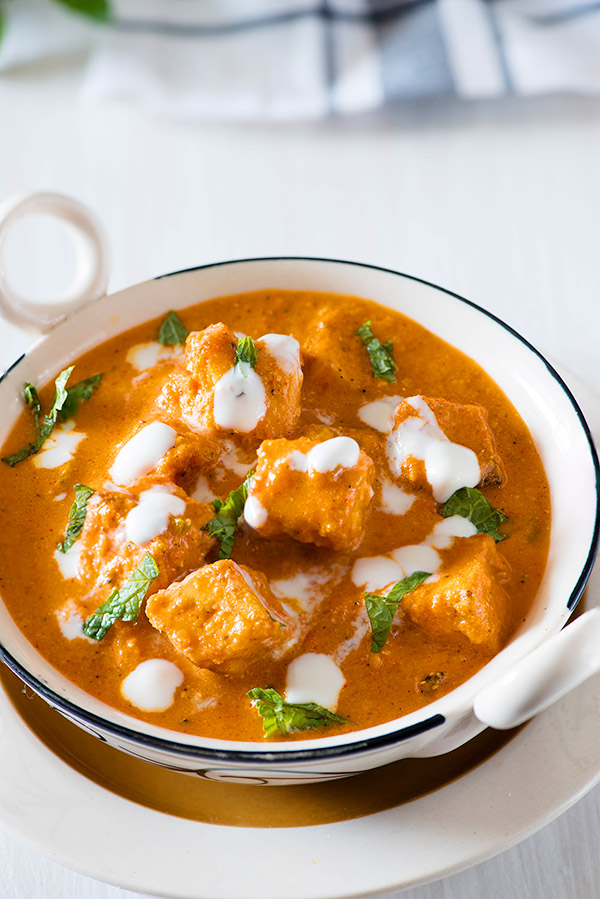 The hung curd used for marinade can also be made at home and you can also use it to make hung curd sandwich if you make some extra.

Usually, when you eat this rich paneer curry in the restaurants, the deep red colour which comes from food colours.  I did not add any food colour to the recipe, because degi mirch powder or Kashmiri red chilli powder gives bright orange colour to the gravy. The colour is not as deep red, but the deep hue of orange is good too.

If you love paneer like I do, you may like to try these delicious paneer curry recipes too, Kadahi Paneer recipe, Aloo Matar Paneer Curry,  Methi Malai Paneer , Paneer Steak on Potato Masala , Paneer Butter Masala ,  Paneer Kofta Curry, Paneer Tikka in Microwave and many more tasty Paneer Recipes from my tasty curry.

HAVE YOU TRIED THIS RECIPE? 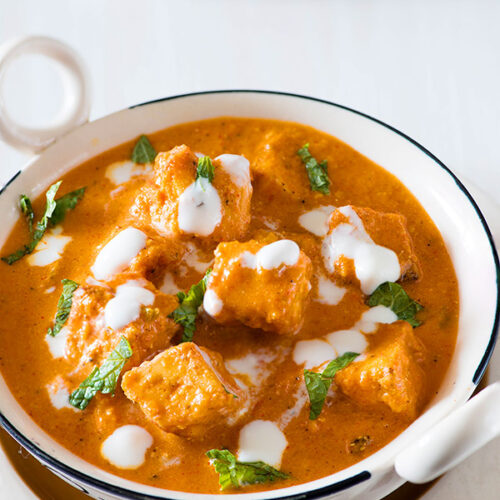