Chettinad Potato Fry is a simple and tasty south Indian potato fry recipe. Here we love all sorts of potato recipes and potato dishes. These Chettinad aloo fry is a bomb. These delicious potatoes or aloo fry makes for a delicious teatime or an easy potato side dish. 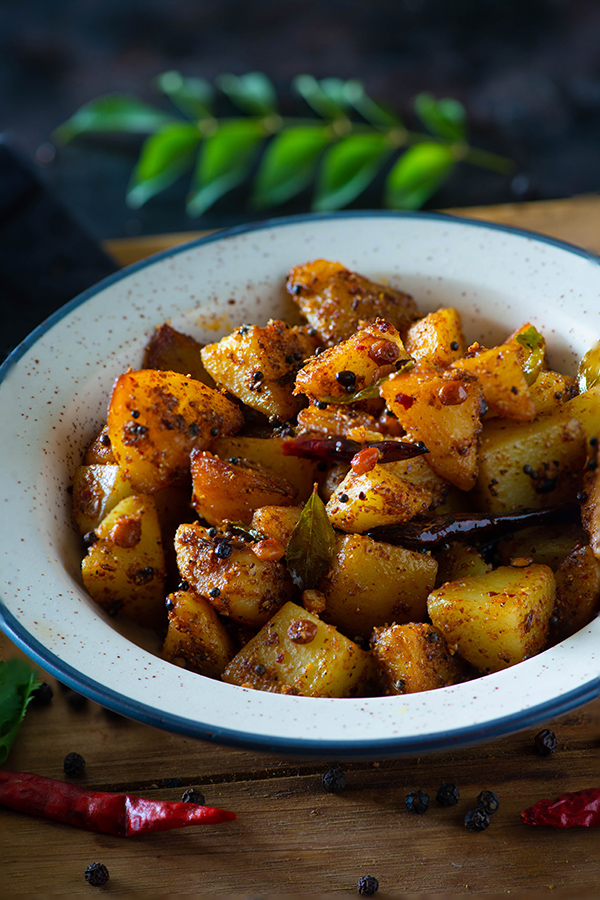 How to Make Chettinad Potato Fry

Chettinad, is in Tamil Nadu India,  and the Chettinad cuisine is famous for spicy aromatic and hot spices.  I made a very  Chettinad Potato Fry  or potato recipe which goes well with Kuska Rice or Paratha. This potato sabzi scrumptious dry curries.

I often make this spice blend in large quantity and store it in a cool dry place. It comes in handy when I want to make a quick recipe like Chettinad Potato Fry  Chettinad Egg Curry,  I have used regular sized potatoes, you can make this recipe with baby potatoes as well.

We all are a fan of potato recipes especially spicy and quick potato recipes. Potatoes are so versatile and tasty that you can never have them enough. If you keep the potato calories out of the picture then you can make a number of mouth-watering dishes with just a few of them in hand. In fact, I have quite a list of my personal favorite easy potato recipes.  I love to make Aloo Katli Masala, Chatpate Masala Aloo, Nepali Aloo Ka Achar, Chutney Wale Aloo, Aloo Palak Chaat. 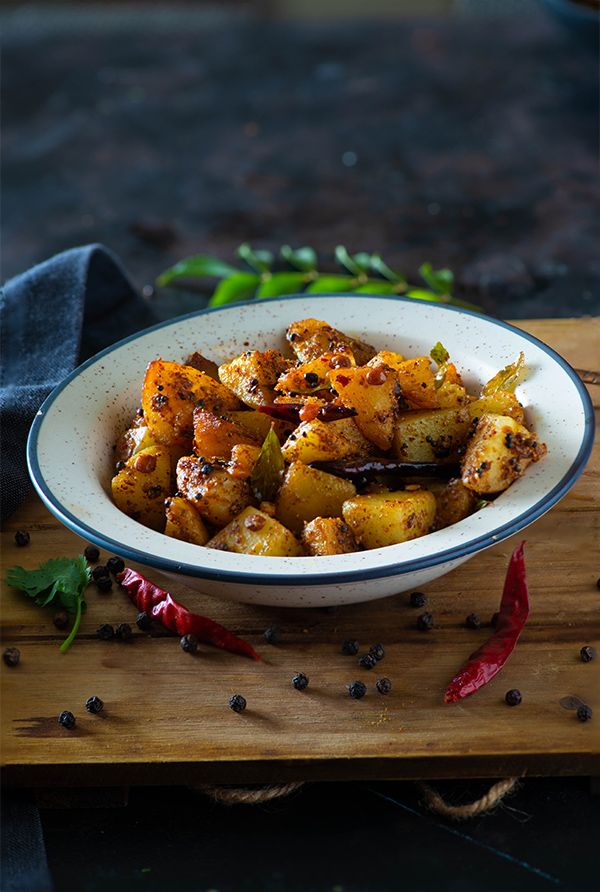 Boiled potatoes, Chettinad masala, few basic Indian spices and 2 tablespoons of oil is what you need to make this tangy potato fry recipe. You can use leftover boiled potatoes or boil fresh potatoes for the recipe. I promise you will not regret even if you boil them specifically for this recipe. Chettinad Potato Fry is a recipe that can easily be packed in your kid's lunch boxes as well.

All Chettinad recipes come traditionally from Chettinad, a small region in the state of Tamil Nadu. Popular for its local recipes and crafts their recipes are mostly based on ground masala powder. Chettinad Masala is hot and spicy, but you can adjust while adding the masala.

How To Make Chettinad Masala

The flavour of the potato fry after mixing a spoon of Chettinad masala is mouth-watering. Chettinad masala is a ground powder that I made with coriander seeds, cumin seeds, fennel seeds, mustard seeds, whole black pepper, and a few spices. You can easily make and store Chettinad and later used to make a variety of recipes. I am a guilt-free potato lover and a fan of appetizers. The following is the easy recipe instructions and notes for Chettinad Aloo Fry How To Make Chettinad Potato Fry