UP style Hare matar ki ghugni recipe. Ghugani is tasty healthy and traditional teatime snack from Eastern India. You can serve it either as Teatime snack/ Chai Nashta or breakfast. It is Vegan, glutenfree and totally dairy-free snack recipe. 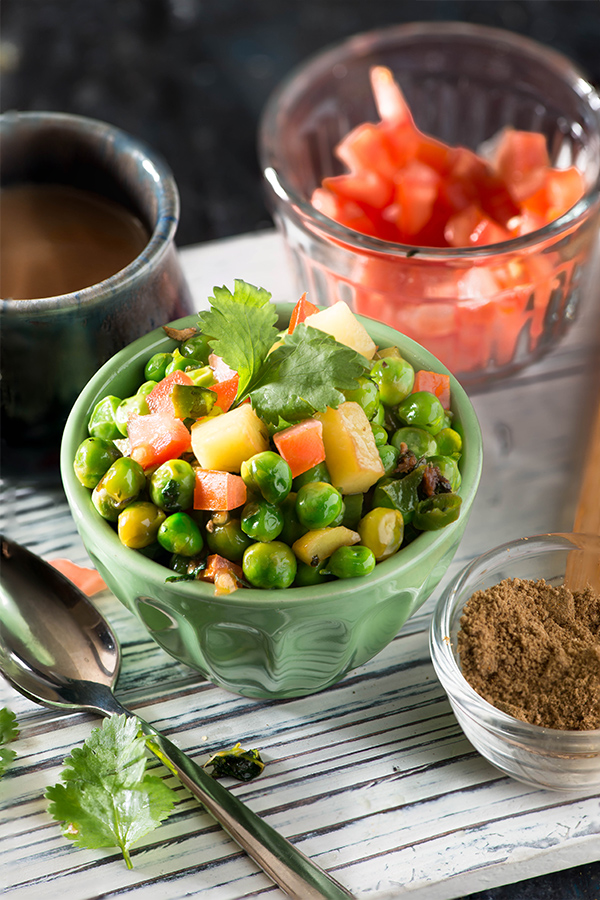 Using seasonal and fresh ingredients is essentially an integral part of Indian home cooking. With the change in the season, our ingredients change and so are dishes.

There are certain dishes which are cooked in winters and then there are dishes that make for summer food.

Though with the availability of ingredients all year around one can cook any dish at any time of the year but still I like to cook seasonally as far as possible… Maybe It’s just old silly me.

Fresh green peas are quintessential to me a winter food. Nowadays with fresh peas in season, I simply love to use them anywhere I get the chance, of course popping them just like that while shelling the green peas still remains my favorite. You can also make another Winter favorite peas curry from Uttar pradesh Hari Matar ka nimona

Punjabi style Hare matar ki chaat which uses lots of spicy masalas has been our favorite at home for years. But this UP special matar ki ghughni is a dish that I came across while living in UP for few years, It is quite popular in Uttar Pradesh.

My neighbor used to cook this super simple but delicious sweet peas stir fry and served with tea every time I visited her. When I was reading about ghugni I came to know that there are different versions from different states and areas within.

Coming back to the Uttar Pradesh style hare matar ki ghugni it is very simple stir fry which relies mostly on fresh flavors of green sweet peas or hare mutter.

A healthy and quick evening snack recipe which is again ready in under 20 minutes if you have shelled green peas at home. It is made using minimal spices and tastes refreshing with green chili and coriander lend a lovely flavor to the ghugni.

Usually, tomatoes are not added for garnish in the recipe but I added because I quite liked that. 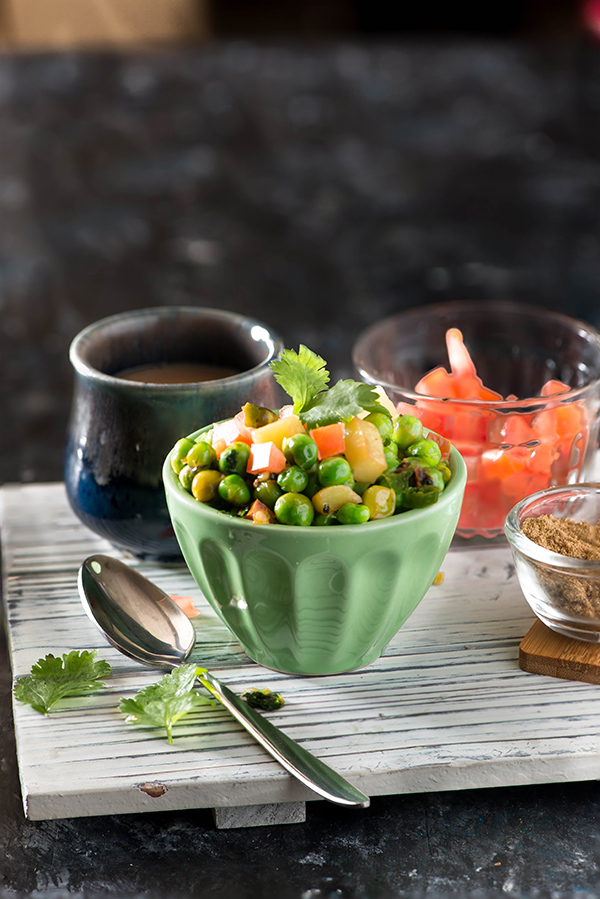 Since the hare matar ki ghugni is essentially a winter specialty, and fresh peas are available in abundance in winters I suggest to make it with fresh peas. But you can always use frozen if fresh is not available, but cooking time for frozen peas will be reduced from5-7 minutes to 2 minutes. Your matar ki ghugni will take even lesser time.

How to Use Leftover Ghugni

If you make it in double batch or if you have leftovers, you can use those as samosa filling, Sandwich filling, make hare matar ka paratha add bread crumbs and make Tikki or cutlets. Possibilities are unlimited.