Corn Pakoda is a delicious teatime snack or Indian starter dish made with sweet corn. One of our favourite Monsoon snack Corn fritters/pakora is one of best corn recipes that taste incredibly delicious. Deep-fried crispy corn pakora is made with chickpeas flour, sweet corn and regular Indian spices. 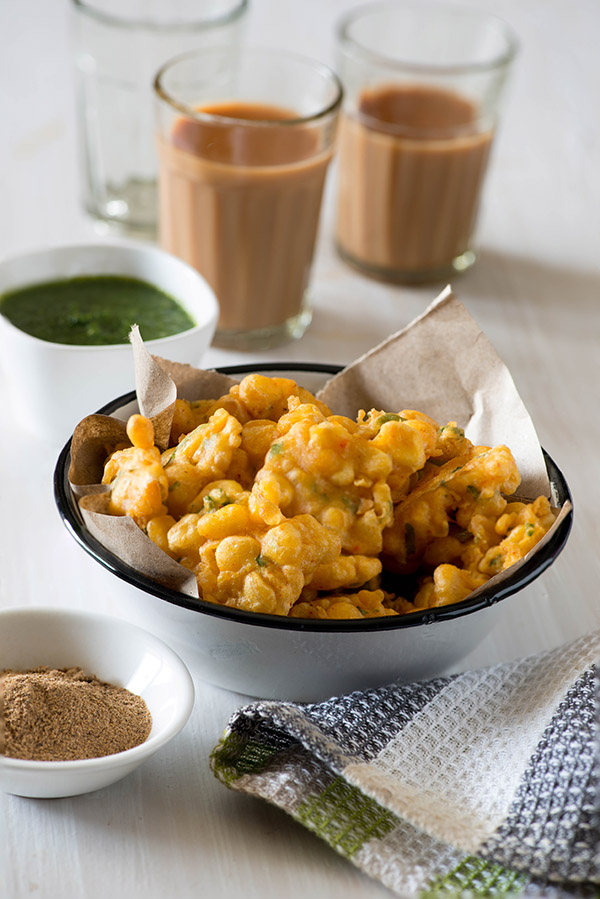 In India, we are conditioned to celebrate rains with some hot pakoras with a steaming cup of masala chai when it is pouring. In fact, in most of the Indian households, rains are perfect excuse to indulge in a variety of crispy fritters of some sorts. If you love Pakora too, you can also try these Panion Pakora, Paneer pakora our all-time favourite palak and paneer pakora for teatime snack.

Nothing signifies the arrival of monsoons than corn. Who can ignore the petrichor and the aroma of  Corn being roast on slowly burning coal? I feel that's the best thing about the rains.

In fact, in most of the Indian households, rains are perfect excuse to indulge in a variety of crispy fritters of some sorts. And, nothing signifies the arrival of monsoons than corn. Who can ignore the petrichor and the aroma of  Corn being roasted on slowly burning coal? I feel that's the best thing about the rains. Isn't it? 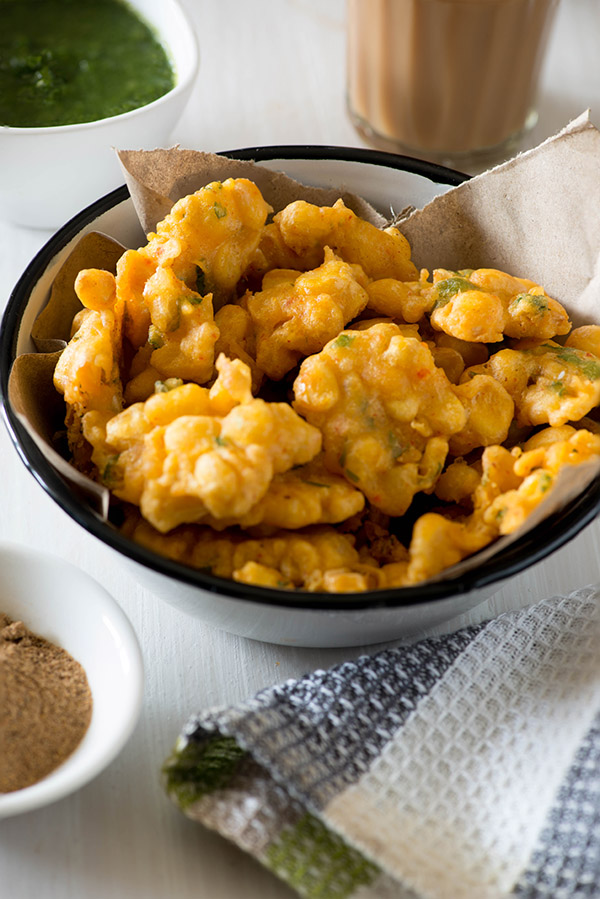 Another thing that a foodie like me loves during rains is Pakora! When it is crispy Corn pakora it becomes even better.

Fresh Corn is readily available these days in markets, so if you like you can make fresh corn pakoda.In this recipe, I have used frozen corn which works great too. So you can make pakoda with frozen corns as well.

For making corn pakora recipe, the corn kernels or sweet corn is mixed with besan or gram flour along with spices and herbs. A pancake consistency of the batter is made by adding required amount of water. This batter is then dropped in small ball sizes in hot oil, deep fried to make these crispy corn pakora.

Corn or maize was originally used by Native Americans only as food for thousands of years before European explorers introduce it to rest of the world. The maize seeds from the Americans were introduced into South East Asia in the late 16th century through Spanish and Portuguese traders.

A variant of corn pakoras known as corn fritters is very popular in Southern USA and Indonesia. It is made by using corn kernels, eggs, flour, milk, and butter. The mix is then deep-fried to get crispy fritters.

Other than Corn Pakoda if you like to make more variety of Pakoda's of India you can try Ragi and Methi Pakoda, Paneer Pakoda and Aloo Bonda, Dahi Pakodi, Cauliflower Fritters. 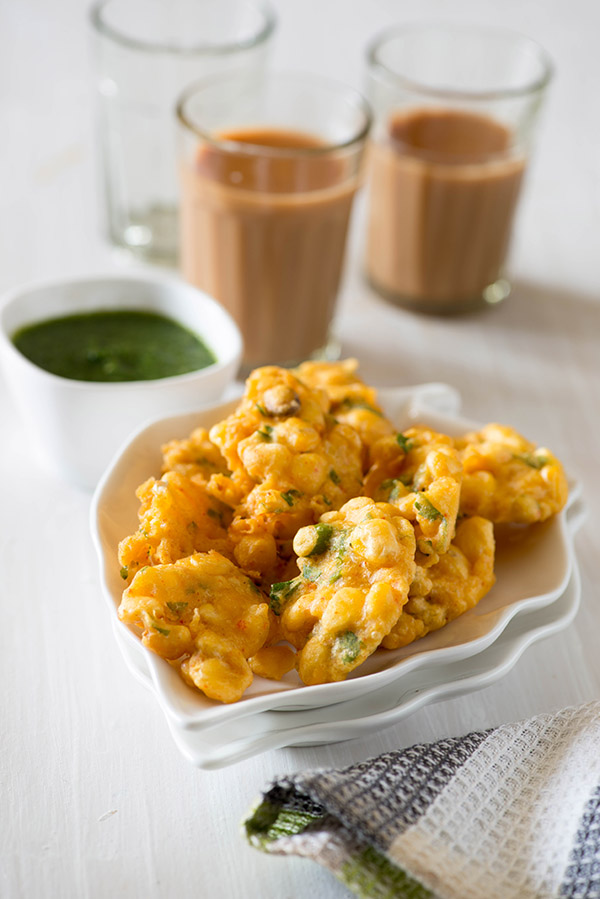 These corn pakoda are crunchy and very tasty. I mostly like to serve them as evening teatime snack with a steaming cup of masala tea and chutney. So, Next time it rains just find an excuse to indulge yourself with this crispy corn pakoras and enjoy the pitter patter of raindrops which feels nothing less than a meditation.

DID YOU COOK this recipe

If you tried this recipe please let me know how it came out! You can leave your feedback in a comment below and share a picture on Instagram with the hashtag #MyTastyCurry 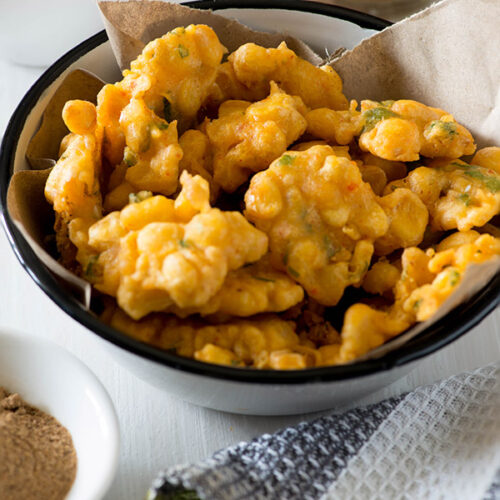