Paneer Pakora recipe with a twist of onion pakoda which we call "Panion Pakoda". Is that even a name! But when you combine your two favourite Pakoda recipe, Paneer pakora and Onion Pakora you get "Panion Pakora" :D. So, here's double the fun crispy Onion pokoda outside and soft and creamy Indian Paneer Pakora inside ... Isn't it one of the best pakora ever. 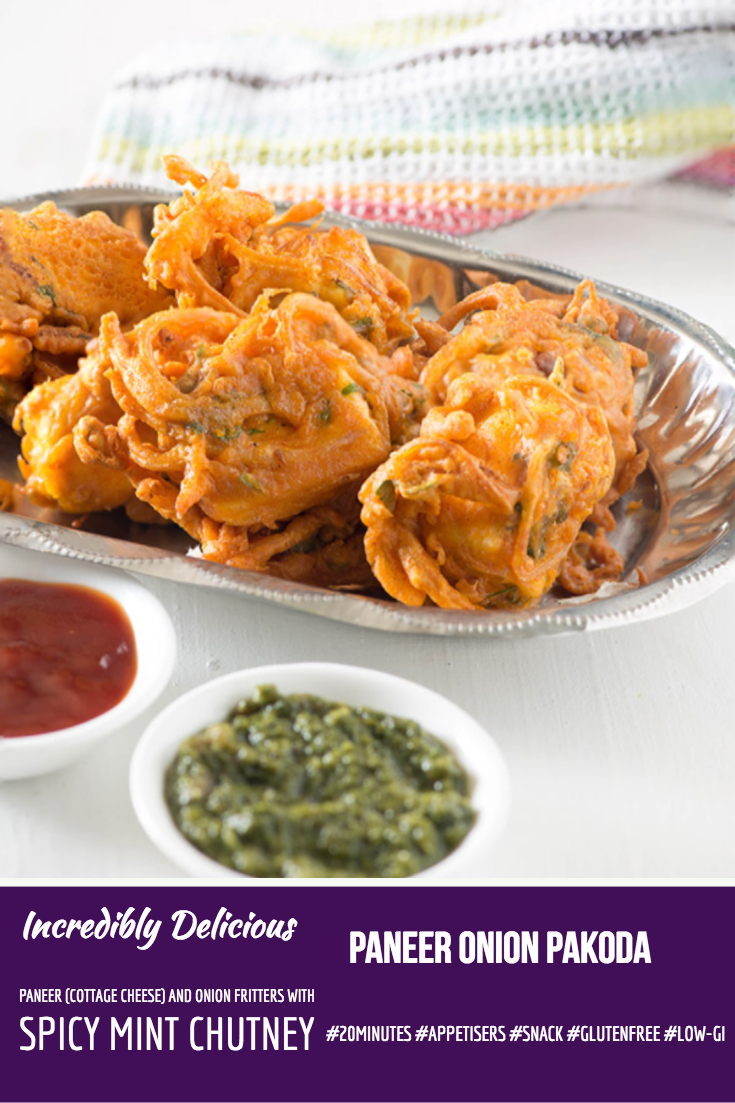 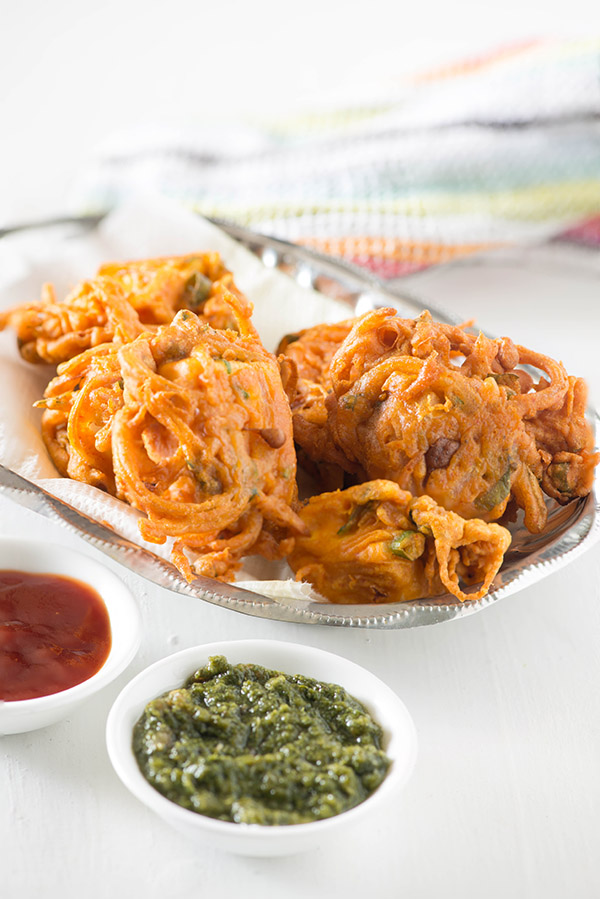 Pakoda is a one of popular tea time Indian recipes, which is crisp yet soft, flavourful and delicious. But this paneer Onion pakoda combine best of both worlds. The taste of crunchy onion Bhajiya and soft Paneer pakora. I love them both and always remained undecided which one to make when there is Chai Pakora weather Aka Monsoon.  Now Pakora for monsoon is a norm in India. These Pakoda are best ever snack for monsoon day! If you love only paneer pakora you may like to try  Paneer Pakora recipe.

This is a variation of crunchy and spicy onion bhajia. Call them bhajia, bhujia or bhajiya, these deep-fried paneer onion pakoda are sure to tickle your taste buds.

In Indian homes, we all have our favourite pakora which we serve when someone is invited for tea time. Next time when you are in the mood to munch on crispy and spicy pakora try this paneer pakora or onion pakoda or onion pakora.  It is easy and quick to prepare - A perfect 20-minute tasty paneer recipe. These are quite similar to fritters so you can call them onion and paneer fritters if you wish to.

Wondering how a crunchy recipe can give a melt in mouth taste?  Well, try paneer onion pakoda to believe it. Onion batter coated Paneer cubes deep fried till golden brown perfection, I instantly fell in love when I first made them.  Does this sound tempting? Let me make it even better. If you do not eat paneer or want a vegan option you can use Tofu as a substitute to paneer.

Sprinkle the pakoda with some chaat masala before serving and dip in tangy green chutney. You can also serve some tomato ketchup … but for me, Pakoda with green chutney and unlimited cups of chai is an ultimate thing during the rainy season.

And It’s not just for the snack! You can pack pakoda even in the lunch box or turn it into a go-to dish when you have sudden guests at your home. Sandwich them in toasted and buns like Vada pav and you have a filling Indian desi burger in a jiffy. They won’t disappoint ever, totally a lifesaver!

It is amazing to learn how a recipe varies in names and a slight change in the cooking method according to cultures and cuisines. Onion pakoda in the north, bhajiya or kanda bhajiya in Marathi. And, surprisingly this pakora is originally a Karnataka dish. In Hindi, we call them pyaaz ke pakode. And, onion fritters in English.

Coming back to my paneer onion pakoda recipe, I remember those rainy days memories when these pakoras were the norm with hot tea. And nothing else could please our taste buds. Talking about the rainy days' memories, the other day it suddenly rained and we took the excuse to make hot tea and pakora.

Paneer onion Pakoda recipe is very simple. But, to make the perfect pakoda you need to take care of a few things.

Few of my other favourite pakora recipes you may want to try are Palak Paneer Pakoda, Corn Pakoda, Chawal ke Pakode.