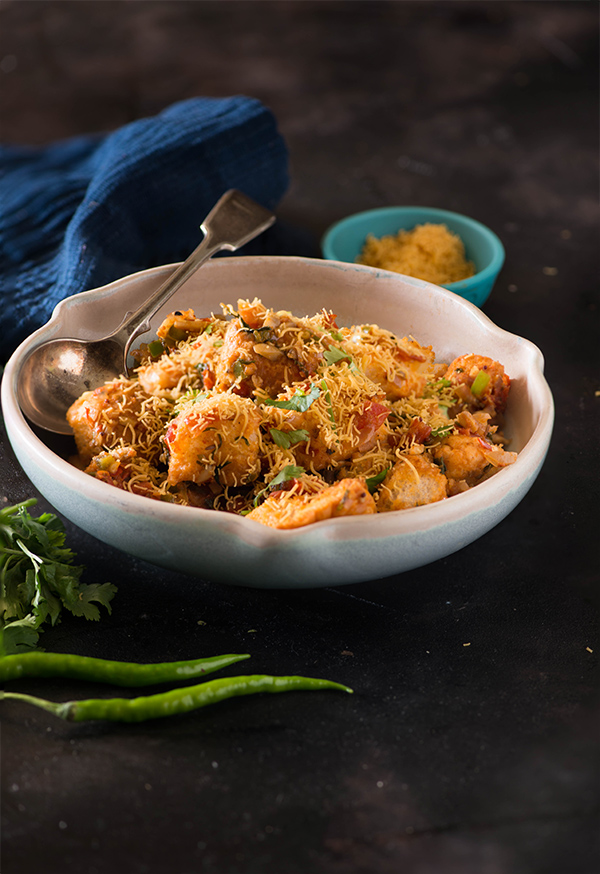 Mumbai Pav recipes make the best snack or breakfast. Two of my absolute favourite Mumbai street food are Masala Pav and Pav bhaji. Though both the recipes have similar ingredients they taste different and taste amazing.

Masala Pav is a spicy Mumbai street food dish you can prepare in one pan and under 20 minutes. You all know by now how much I love one-pot recipes. They are just so easy and mess free. I somehow cleaning all of it afterwards is a backbreaking task. :p When I am feeling exceptionally lazy and crave good-food simultaneously (trust me, this happens a lot) then I cook Masala Pav. Because when it comes to Masala Pav you are always just 3 Ingredients away from Spicy Comfort Street Food!

The three ingredients are onion, tomatoes, capsicum, and spices!  You can make Masala Pav with Pav Bhaji masala as well. It just enhances the taste of this street food. The best part about Mumbai street food is how filling they are, just a plate of Masala Pav and you are done.

There is two way of making this buttery spicy recipe. One is where you only use tomato, onion and capsicum filling. Another one is with boiled mashed potatoes in it. Both the variations taste great when cooked with loads of butter and love. 🙂 This time I have only used three ingredients for cooking my plate of Masala Pav.

The masala for Masala Pav is cooked on tava and the buns are butter-fried on the other side of the same skillet. The buns absorb the masala and the butter along, making it crispy and spicy. I find cooking on tava little hasseling and messy at home so I go for making Tava masala in a pan. But since tava cooking is mostly done of slightly high heat, I choose a good sturdy coating pan or hard anodised pan.

How To Make Mumbai Masala Pav

The secret to good tasting Maharashtrian style Masala Pav lies in tawa cooked masala. Right amount of heat, the texture of cooked masala and right proportion of spices is actually a secret behind any good dish. Here too, the balance id the key. If  you want to cook some filling snack in less than 20 minutes, then make this spicy Masala Pav recipe and enjoy with a cup of garama garam steaming cup of masala chai!