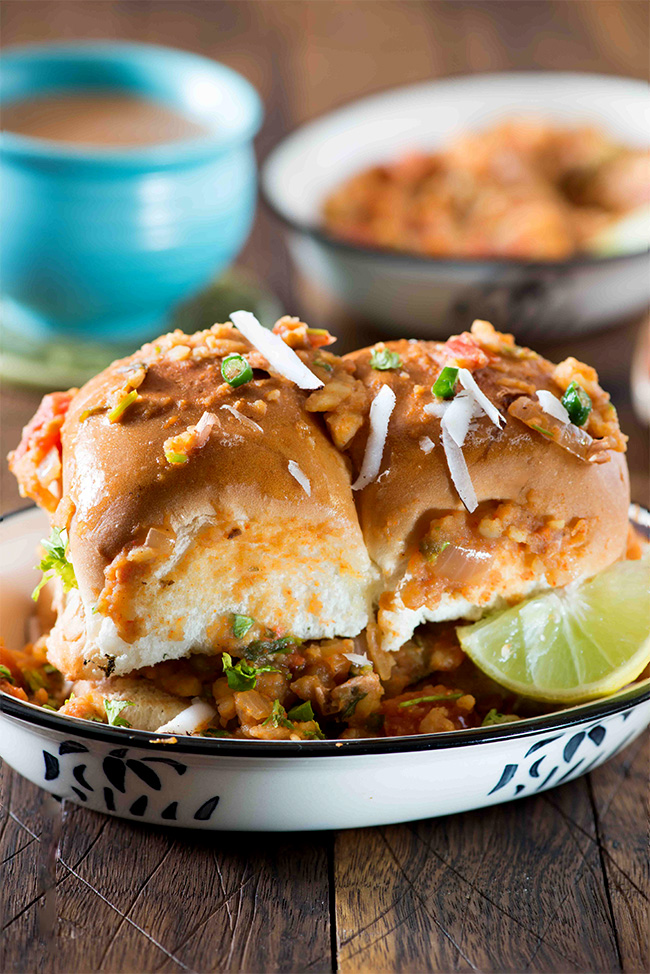 Mumbai Masala Pav is spicy and very filling street side food from Mumbai. Soft buttery pav bun is stuffed with spicy masala gravy slathered in a spicy masala and is served with a generous sprinkle of coriander leaves and fresh coconut. Extra toppings of cheese make it even more special.

There are many versions of masala Pav, in some version a masala of onion, tomatoes, and capsicum is made for the stuffing of masala pav and in some versions, boiled potato is added to the masala it. However, one thing remains common in the recipe of masala pav, which is pav bhaji masala and lots of butter. Now butter and pav that is a match made in heaven! Isn’t it 🙂 if you love another popular Mumbai street snack Run Maska you already know that if you still have not tried that just Do it NOW. 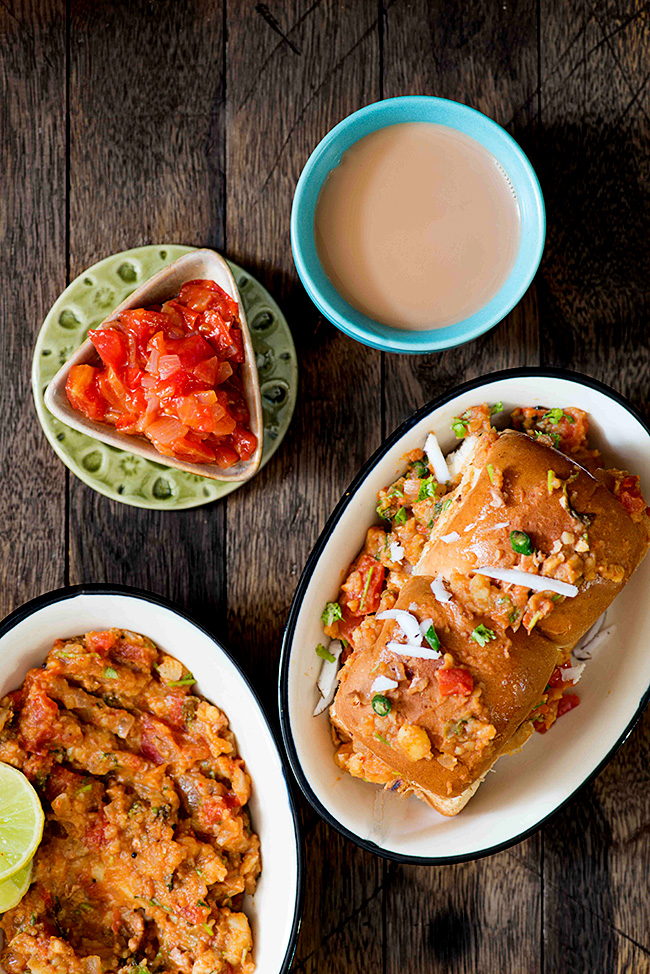 One thing I love about Mumbai Street food culture is, most of the snacks are quite filling. In fact, you can just eat a snack and it would become your complete meal. That’s why whenever I am planning to cook some Mumbai street side food I mostly plan it to serve it at meal times. Only sometimes I have the discipline to eat a very small portion that can be called as a snack.

Coming back to Masala pav recipe, the masala for the pav is made mostly on the tava and even bun is cooked on the same tava so it can absorb any masala residue along with butter in which it is toasted. That makes it even more flavourful. The masala, when soaked in soft buns makes it even softer and these soft buttery buns, when served with the hot and steaming cup of tea makes an excellent weekend breakfast. It hardly takes 15-20 minutes from start to finish if you have boiled potatoes in the fridge. 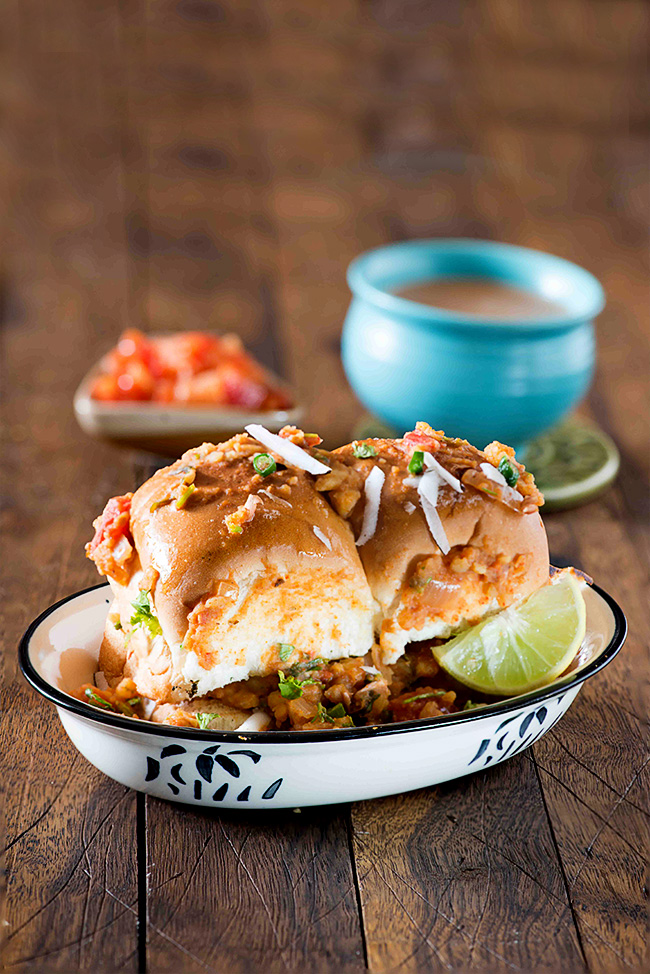 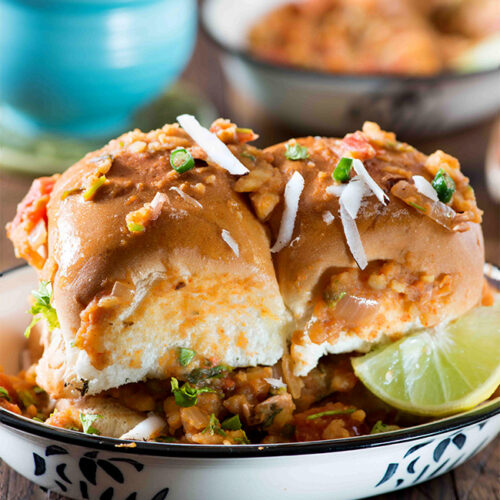