Rajma Masala is a delicious, vegan Indian curry from North India. Red kidney beans or cooked in rich onion tomato masala. One of the best way to enjoy this popular Indian curry, Rajma masala with rice knows as Rajma Chawal.

The best Rajma masala always has a thick smooth tomato based gravy. For making this spicy rajma curry with kidney beans and thick tomato gravy base, all you need are few simple spices, onion and tomatoes.

Kidney beans in hindi is known as Rajma and Rice in Hindi is Chawal. So this rajma curry and steamed basmati rice combination is popularly known as 'Rajma chawal'. And, it's not just me but most of you who have eaten this will agree that this is THE BEST way to enjoy Rajma curry.

Just like many of us, my Indian cooking and recipes are influenced by Mom. This rajma masala recipe is also Mom's. It's simple easy and as usual it does not require tons of ingredients or complicated spices. It's rustic and straightforward.

For me best taste of Rajma and chawal, gravy has to be smooth. So nothing but onion and tomatoes masala works for this. I adapted her traditional recipe to work in instant pot. A did some modifications to save a lot of cooking time and make the process of preparing Rajma masala easy.

As compared to regular recipe, this method does not involve any step on stove top. So in a way, this is totally fuss free method to cook rajma that tastes like your favourite restaurant style rajma masala with luscious smooth gravy.

How to Cook Rajma Masala

There are two methods that I use for making Rajma. Both of these can be cooked in Instant Pot or traditional pressure cooker on stove top. 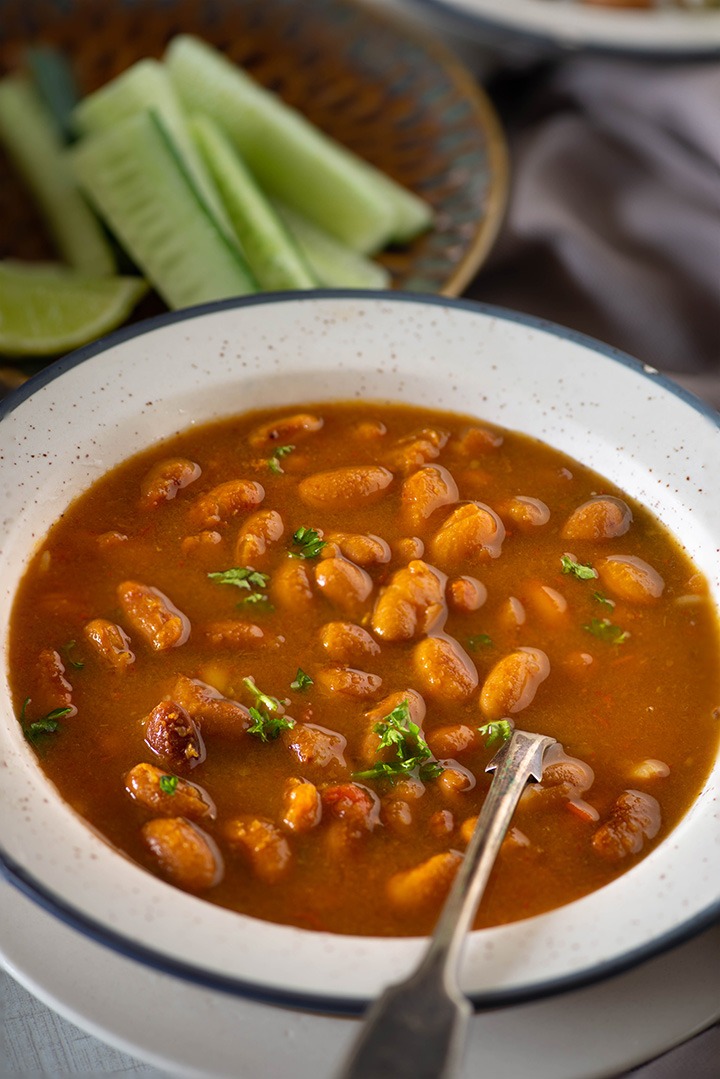 Which Rajma variety is best for making rajma masala.

The actual recipe for making rajma is the simplest. You do not need too many ingredients to cook this. Many recipes will tell you to use a rajma masala spice blend. But growing up and even now my Mom has never used it and I have never used it.

How to Make Rajma Masala without Onion and Garlic

You can simply skip ginger garlic if you like that version. To make Rajma without onion and garlic just start with adding tomato puree and the rest of the process is same. 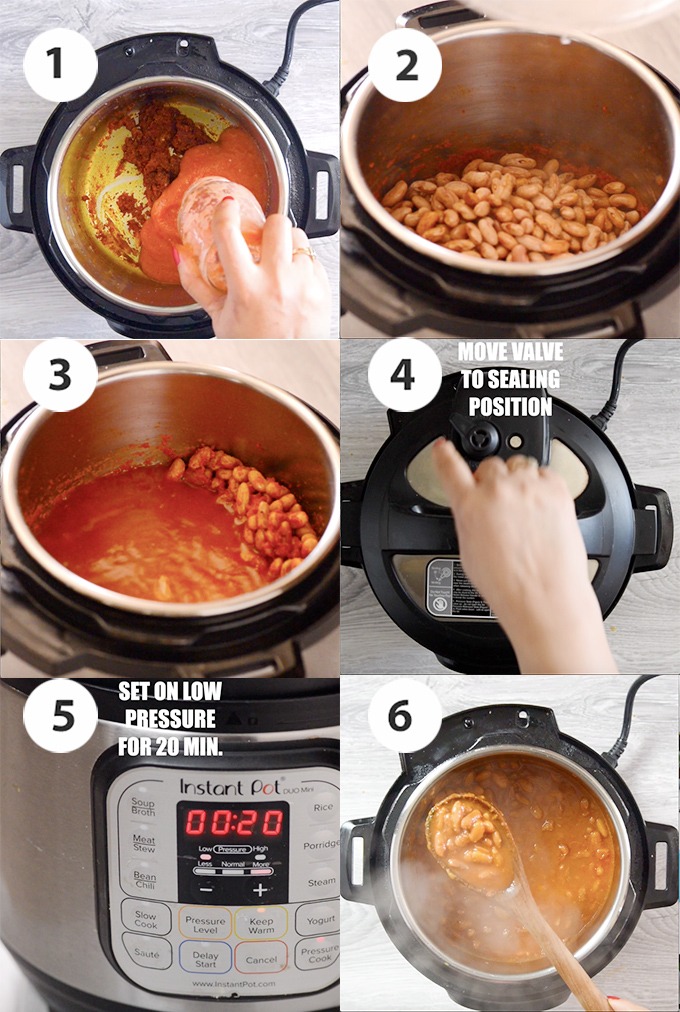 If you want to make rajma masala in 5 minutes, it's possible. I do it all the times. Other than soaking time (if you are using dried beans), it's pretty much dump everything together and cook recipe. If you are using canned kidney beans it's truly dump together everything in instant pot and pressure cook it method.

To get the recipe step completely right is crucial for any recipe to come out perfectly. Especially if you are a beginner in cooking I suggest to watch the video below to get it right in first go.

Soaking reduces the cooking time of Rajma. Also, the texture of the rajma becomes almost melt in mouth and creamy. The texture of cooked beans is very important when you eat rajma beans should be cooked and does not have even a slight bite.

Soaking and discarding the water in which rajma is soaked is also important because it takes care of upset stomach that happens after eating beans.

Can I use Canned Tomatoes if I do not have Fresh?

Can I use Canned Kidney Beans?

Can You Freeze Rajma

Yes, you can freeze rajma and store in a freezer for 4-6 weeks. When you want to reheat simply take it out thaw on a counter and reheat in microwave to enjoy hot and steaming rajma curry.

How to Store Rajma

Dry kidney beans can be stored in an air tight container for upto year. Cooked rajma stays good in refrigerator for 3-4 days. You can freeze cooked rajma or rajma masala for upto 5-6 week in freezer.

How To Serve Rajma Masala

It's a rustic and spicy traditional Indian curry. The best way to enjoy Rajma masala is to add a generous amount of curry over a bowl full of steamed basmati rice.

To make Rajma chawal best, top it up with either sliced onion, green chutney, crushed roasted papad or a dollop of ghee or may be all of them I do not judge 😀

I think most of the people like me who grew up in a Punjabi home will agree that Sunday is either for Rajma chawal or kadhi chawal. However, the gravy tastes delicious with phulka, Pudina paratha or Naan too.