Homemade naan bread recipe no yeast, super easy to make soft and chewy traditional naan. I am not blowing my own trumpet but so many of you who tried it told me this is by far most easy and Best Naan recipe ever.Here's how to make naan at with my tips to make it simple and easy. 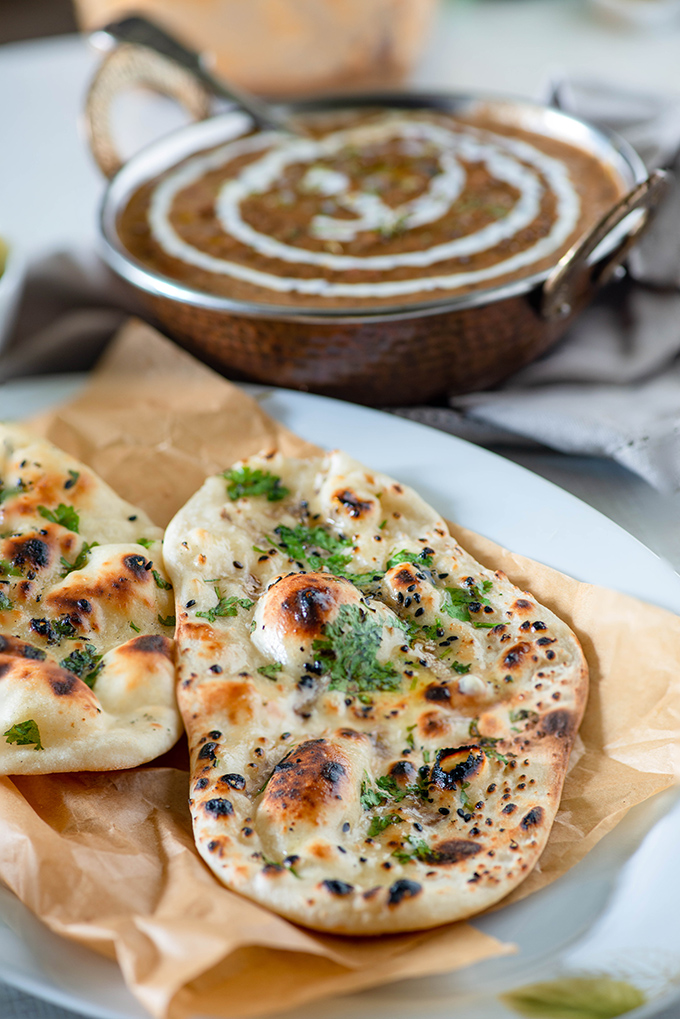 Naan is undoubtedly one of the most popular leavened flatbread made India and some other Asian countries. This homemade Naan bread recipe is what I make very frequently to serve with butter chicken, chicken tikka masala, dal makhani or malai kofta.

Traditional naan bread is baked in a tandoor (clay oven) on charcoal or wood. But now with non-availability of that kind of open space in our home kitchens, I am sharing with you The stovetop version.

You can make homemade naan recipe in two ways.

There are two methods used for leavening of naan dough. One is making naan with yeast. And the second one is No yeast naan without yeast which is served in a most Indian restaurant. A mixture of curd+baking powder is used to leaven the naan dough.

Today I am sharing with you this naan recipe with yogurt. You don’t need to wait for the dough to rise for hours. Just kneed the dough and once it is ready, make naan with it. You can make this quick recipe in 30 minutes flat and there is no resting time involved. Its easy and tastes exactly like restaurant naan. Easy and Instant gratification! 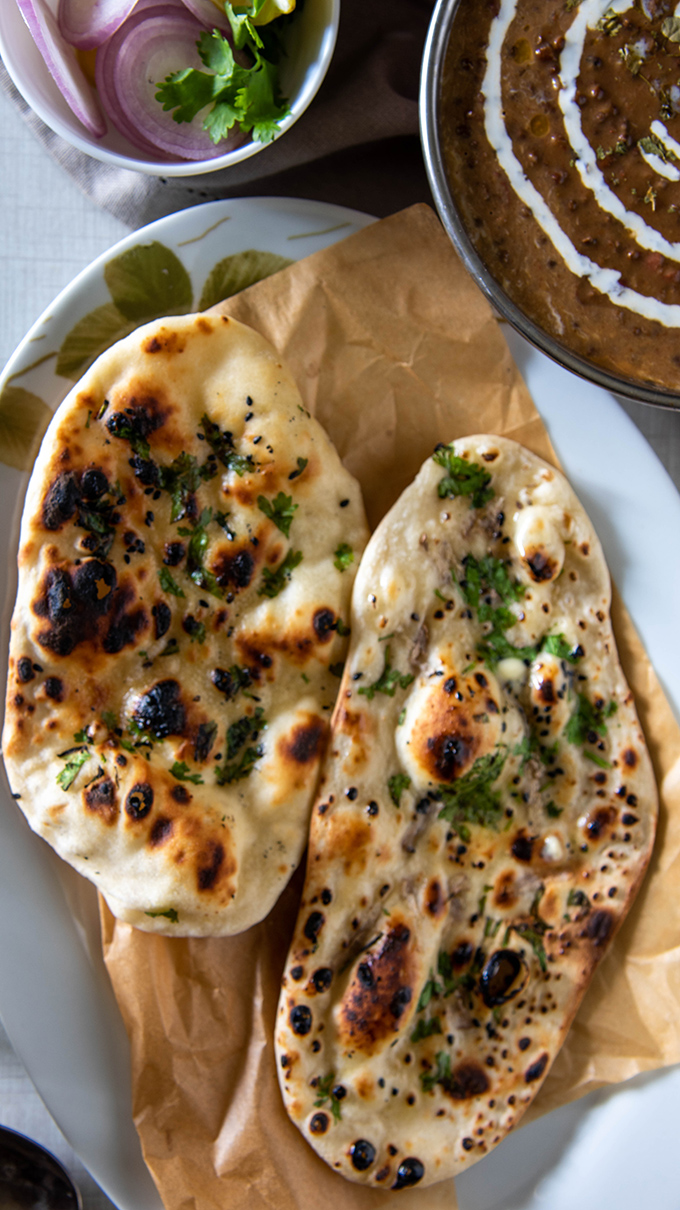 What are the Ingredients in Naan bread? 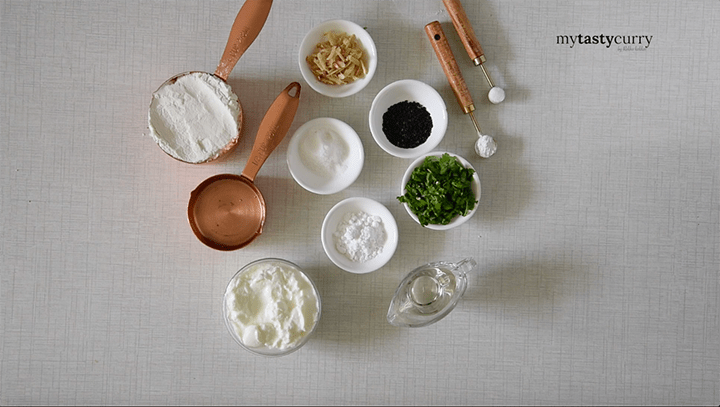 Like many other bread recipes, this easy naan is made with few basic ingredients, flour, water, salt and sugar along with a leavening agent. You can make naan with the yeast or make it without yeast. Make plain naan or flavour it with butter, garlic or herbs and spices as per your choice.

Curd/Yogurt- This makes naan soft from inside.

I am making butter naan but you can make many variations of naan with this recipe.

Basically, add your favourite herbs or spices in the dough or encrust the dough with them before cooking. I am talking about some of the popular variations.

Butter naan - Plain naan is baked first and this is brushed with an ample amount of melted butter.

Cheese Naan - When making dough ball add some grated cheese, roll the dough with stuffing and then roast the naan.

Stuffed naan - There are many stuffed naan variations which can be made with veggie stuffings like paneer naan, gobi naan, or non vegetarian keema naan etc.

Can I Use whole wheat flour for Naan?

You can use whole wheat flour in the naan but the texture and the colour of the naan will be different. The best way to make naan with whole wheat is by using a mix of whole wheat and all-purpose flour.

What can I substitute for yogurt in naan?

You can either use yeast or if you want to make vegan naan you can use cashew yogurt.

What to Serve with Naan Bread?

You can eat naan bread with curry or any Dal. The most popular curry recipes to serve with naan are butter paneer or karahi paneer, paneer kofta, malai kofta. Dal makhani and Naan is a meal combination that is one of the best satisfying restaurant meal. 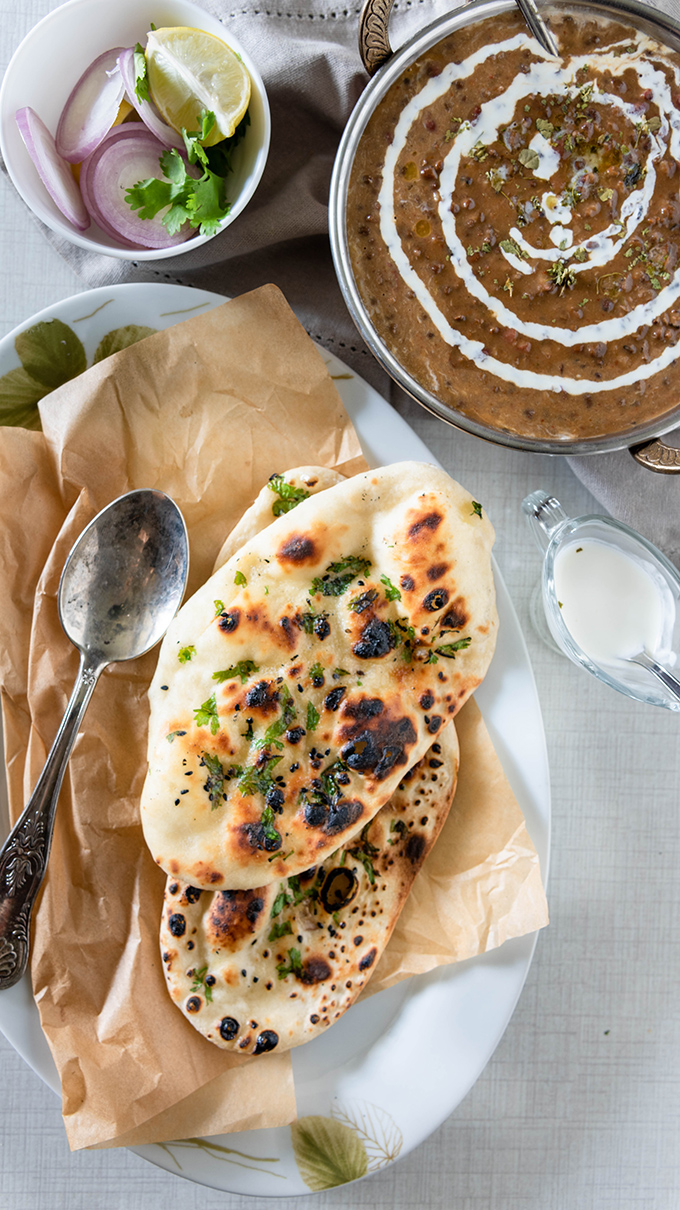 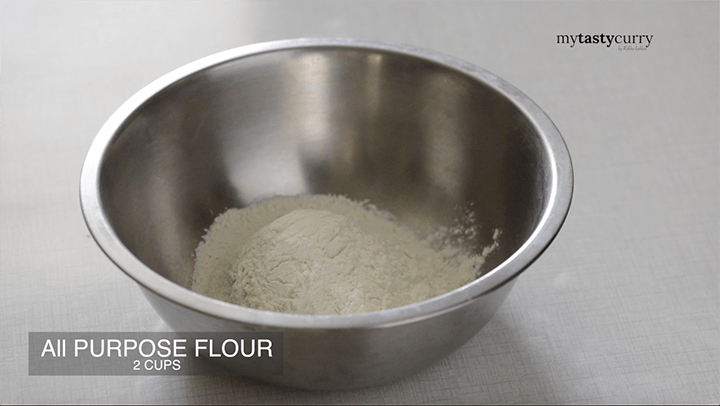 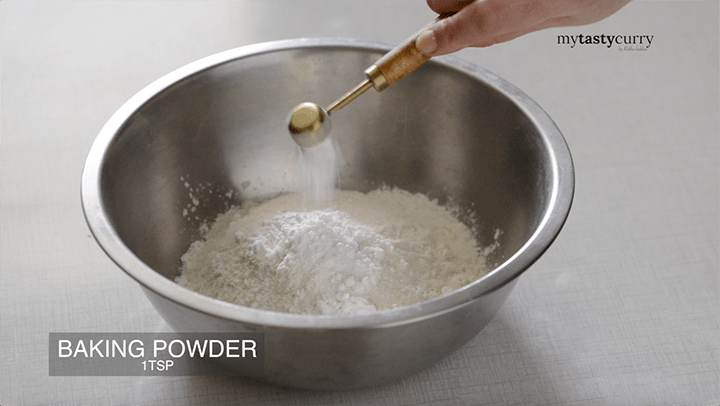 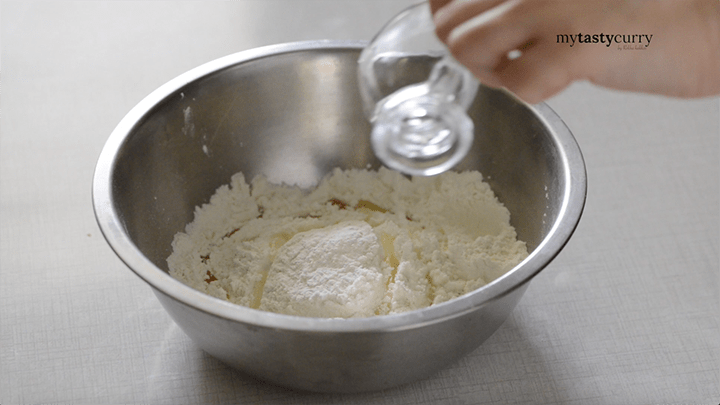 Add oil and mix throughly by rubbing in-between tips of your fingers and thumbs. 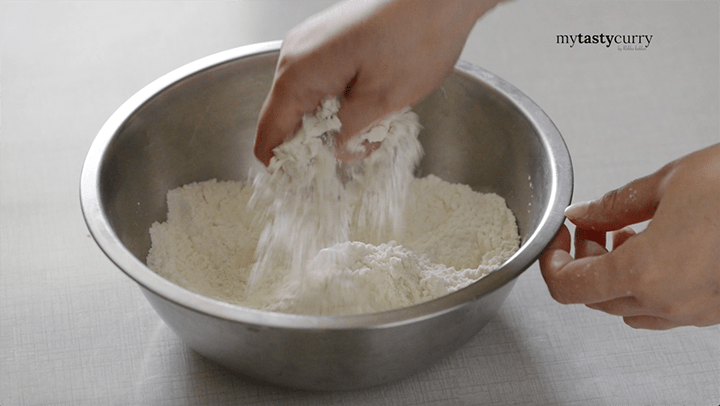 The resulting mixture will look like fine bread crumb.

Add yogurt and mix it with other ingredients as well. 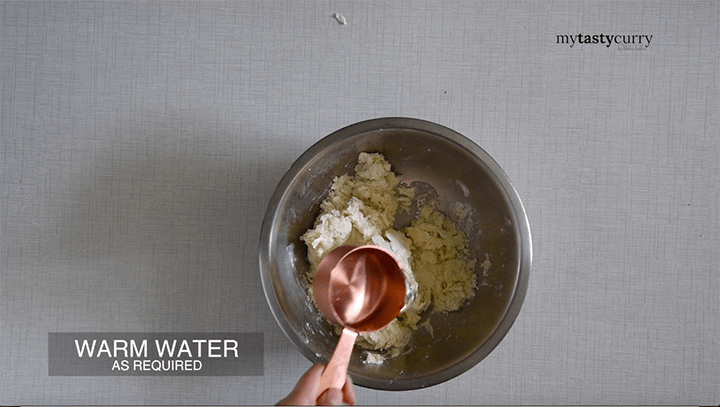 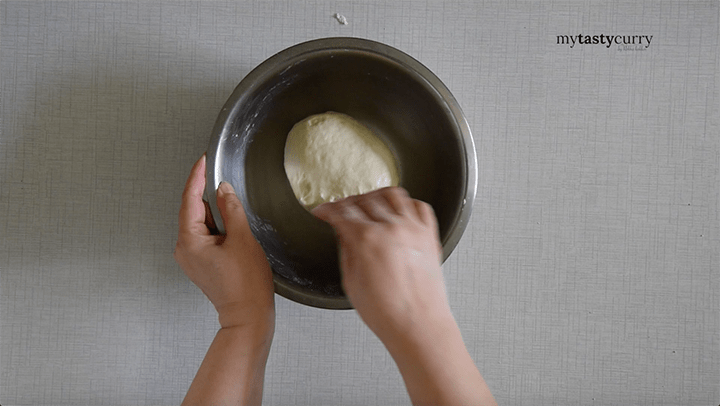 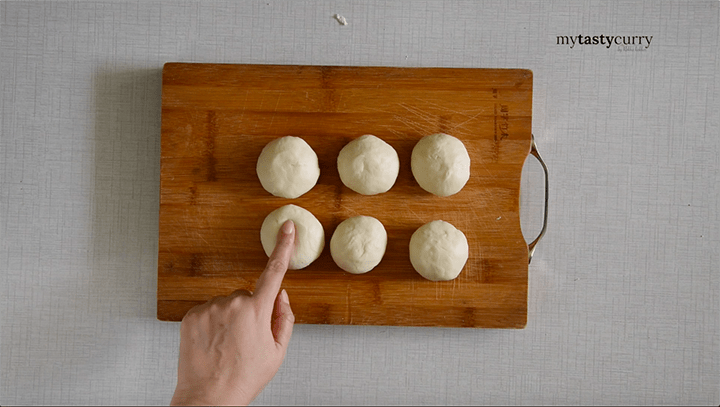 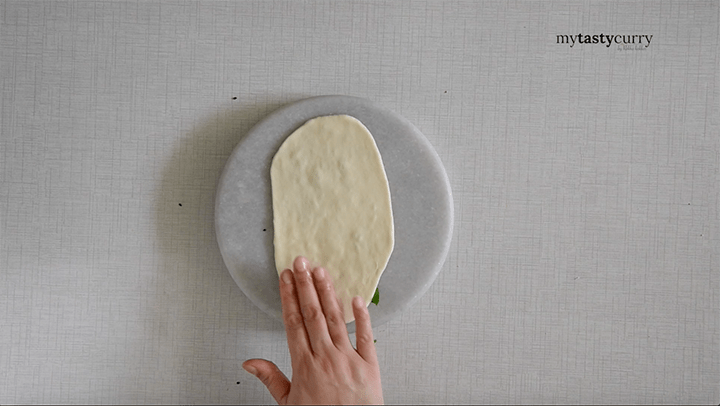 Roll out into oblong shape. 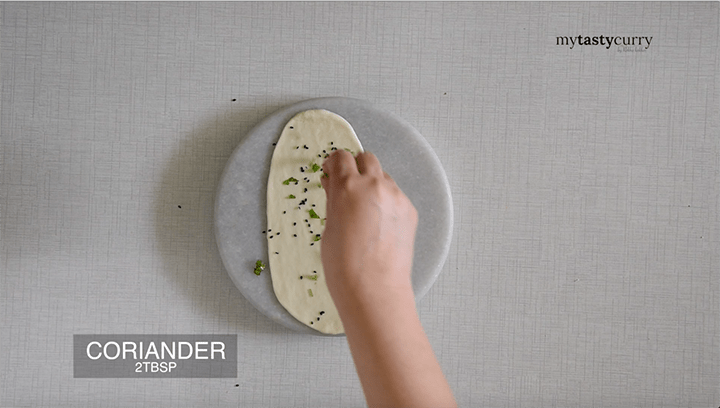 Apply coriander or garlic on one side and also add nigella seeds/kalonji. Press with rolling pin so that garlic sticks to the naan bread.

Turn this side and apply water on the other side of rolled naan. 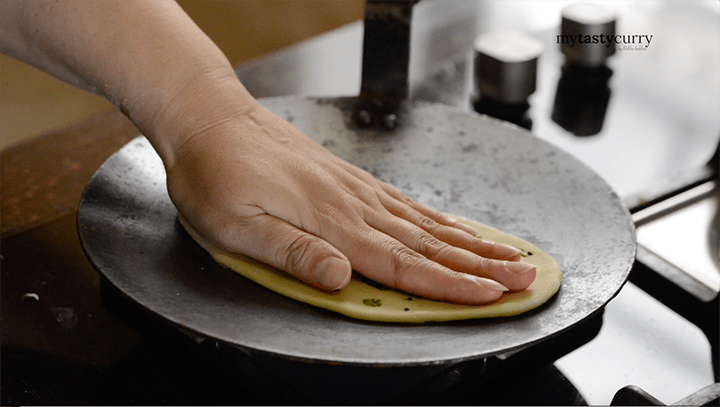 Place naan on a hot iron griddle or cast iron skillet. Press it so that it sticks to tava or skillet. 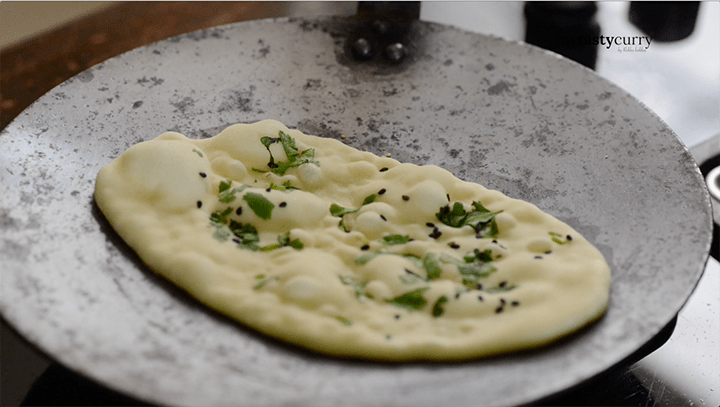 Cook for 2 minutes on medium heat till bubbles start to appear. 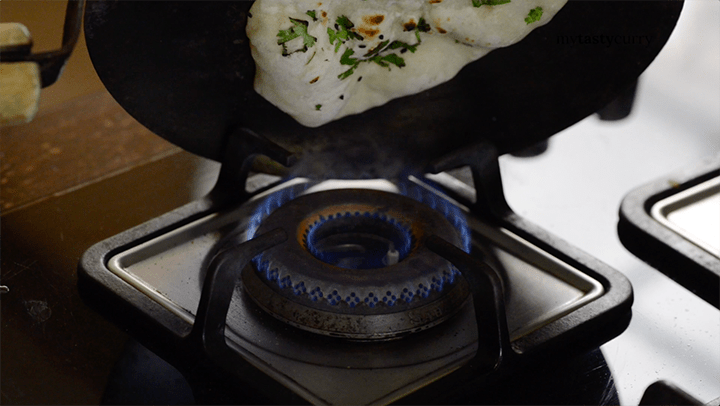 Now turn this and cook naan upside down and cook on direct flame to get those characteristic charred marks. 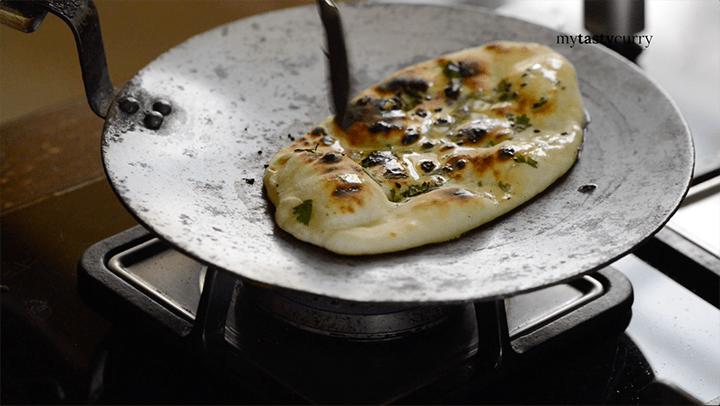 When cooked nicely apply butter and serve Naan with your favorite curry.