Spinach soup recipe that is healthy, delicious and warming soup recipe for winters. One of the best spinach soup  creamy without cream, light on taste you can easily make it vegan and it is naturally gluten-free. Other than spinach it has one more healthy ingredient Apples. 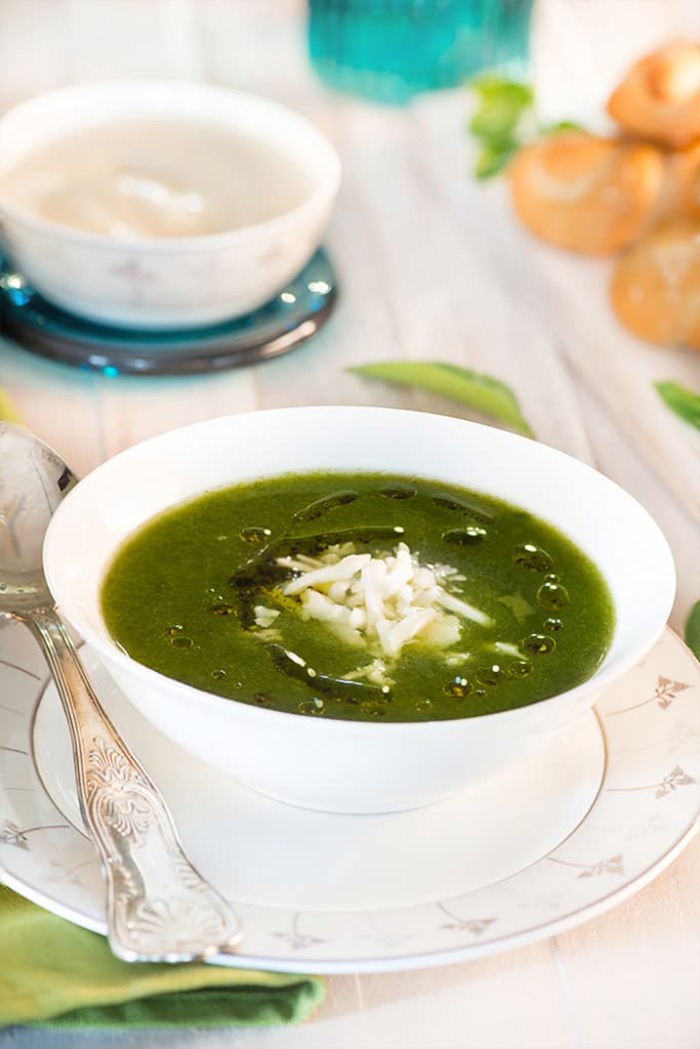 I think every soup lover think about making spinach soup during winters. But most of the times thinking about taste of bland spinach makes them change their mind and making something else. But this recipe of spinach soup is quite delicious! In fact this palak soup is far from bland.

Spinach in Hindi is known as Palak which is considered quite healthy. However plain palak soup sometimes gets little bland and boring, so I always try to add additional flavours / textures to make the soup little extra flavourful.

Spinach: You can either use fresh or frozen spinach. I prefer to use fresh spinach because here we get best quality spinach in winter.

Apple: Use green apples if you can find them. These are the best fit for this soup as they add slight tang.

Potatoes: I have used boiled and mashed potato which is always there in my fridge. However you can use dried potato flakes as well those also work just fine.

Vegetable Broth: I have used homemade vegetable broth which is naturally low in salt/sodium. If you are using canned stock or broth make sure to pick low sodium.

Spices and Seasoning: This is one of those soups which I don't prefer to season very heavily. Simplicity of the dish is it's USP. So I just use black pepper to spice it up.

Cheddar Cheese: It is used as topping/garnish. Feel free to skip this if you want to make vegan spinach soup.

How to Make Spinach soup?

This recipe of soup is slightly different in terms of taste because I have added apple in the soup which gives this soup a great body and a slightly sweetish taste. That sweetish taste balanced so well with sharp cheddar cheese I have used to top it up. 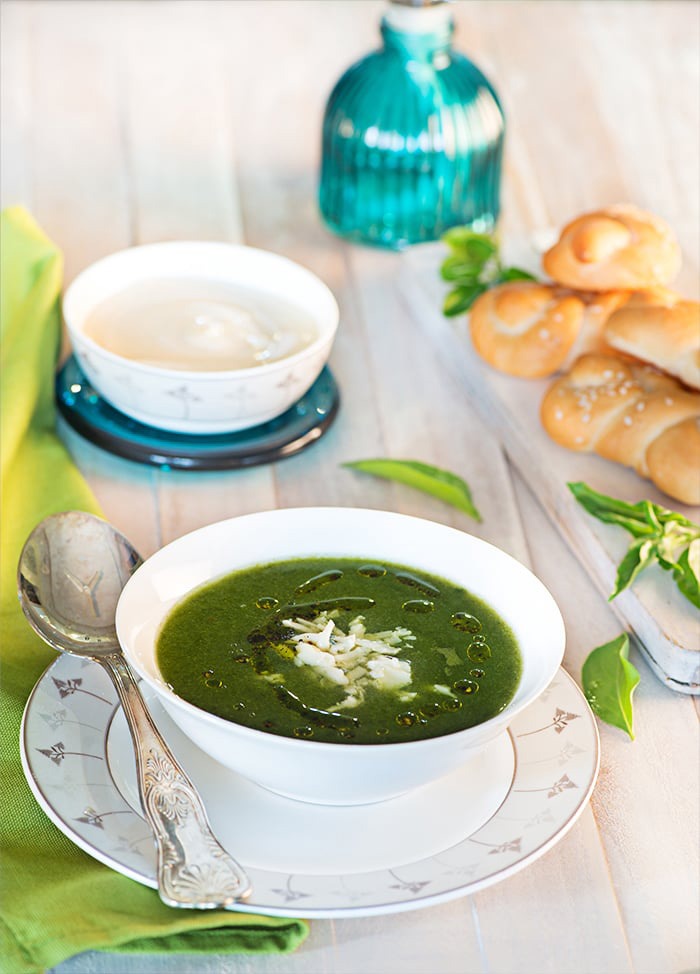 How to Serve it?

I like to serve spinach soup with some extra sharp grated cheddar and a drizzle of olive oil on top. If you feel hungry you can alway eat bread along with the soup, but on its own too it's quite filling.

Can You Freeze Spinach Soup?

You can easily freeze the soup. You can either use an airtight container to freeze it or use ziplock pouches.

If you love soups, then other than this soup you may like to try: