Spinach soup that tastes delicious, does not have loads of cream or butter. This vegetarian spinach soup without cream is nut-free, healthy and also known as cream of spinach soup. Perfect to enjoy during winters, you can enjoy this delicious palak soup for a light meal or as a starter for dinner. 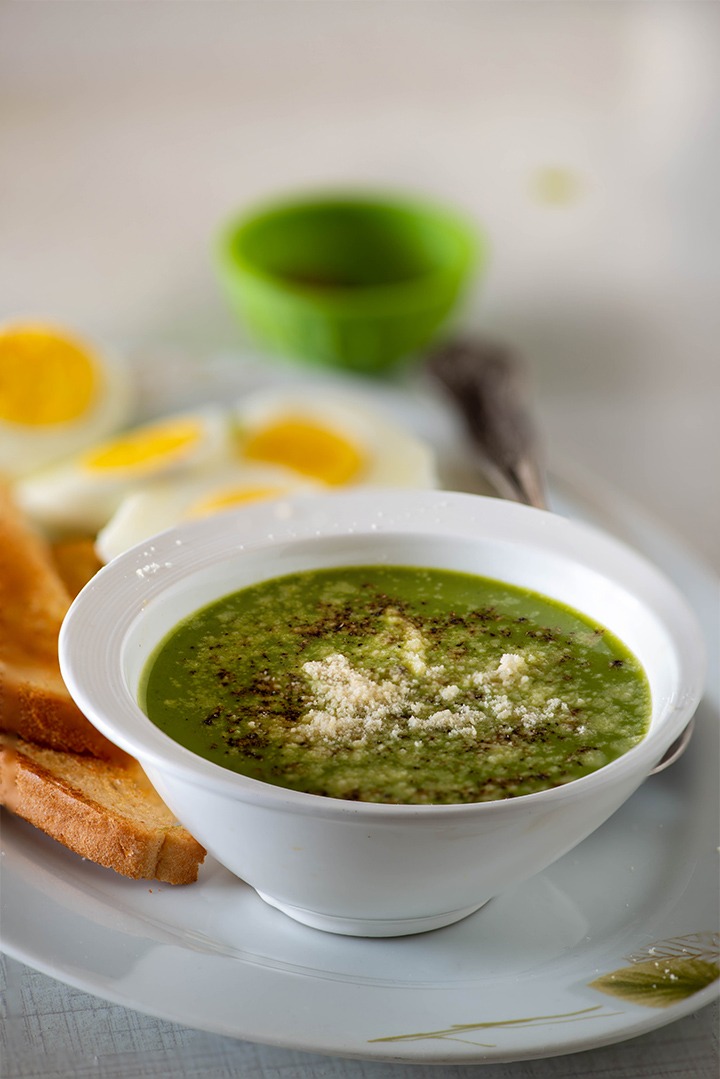 Most of us who keep looking for ways to include healthy greens in everyday meals and many who don’t like the taste of spinach or palak this cream of spinach soup. The best thing is this is palak soup without cream and still tastes creamy and rich.

I know many of you and that includes me as well look to add green vegetables in our family’s diet. This healthy and filling soup is a great way to include leafy vegetables in our everyday meals. Even if you don’t like the bland taste of spinach I have added spices and ingredients that make it flavoursome.

Winters are the perfect time to enjoy spinach based dishes. I make quite a few palak recipes, Indian as well as continental. Also, I sometimes make another soup with spinach which is a healthier spinach soup for weight loss diet.

Cream and dairy with spinach tastes always great. Generally, cream of spinach soup is made using a good amount of cream but I have made this Palak soup without using any cream. I made it creamy with the addition of potato and also added milk so you don’t miss the rich milky taste. Milk imparts mild sweetness and rich in texture and taste

This Fresh Spinach Soup Is:

Spinach: fresh spinach leaves, discard the stems and use them for some other dish.

Potatoes: The secret of making this soup creamy without cream is potatoes. Use any variety that is fleshy and cooks easily.

Milk: 2% milk, Full fat milk, or skim milk is your choice. I prefer to use full fat milk here because of richness of taste. Since we are replacing cream here I think full fat milk is reasonable substitution for not compromising on the taste in this recipe.

How to Make Cream of Spinach Soup 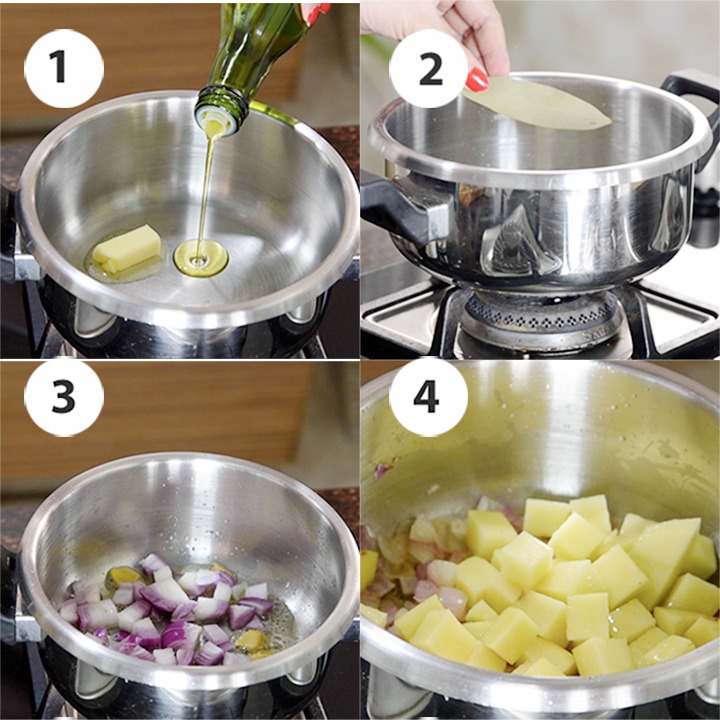 In a large pot heat oil and butter together over medium heat.  Allow the butter to melt and then add in bayleaf and sliced ginger.

Next step is adding chopped onions. Cook the onions until they begin to soften, approximately about 5 minutes. 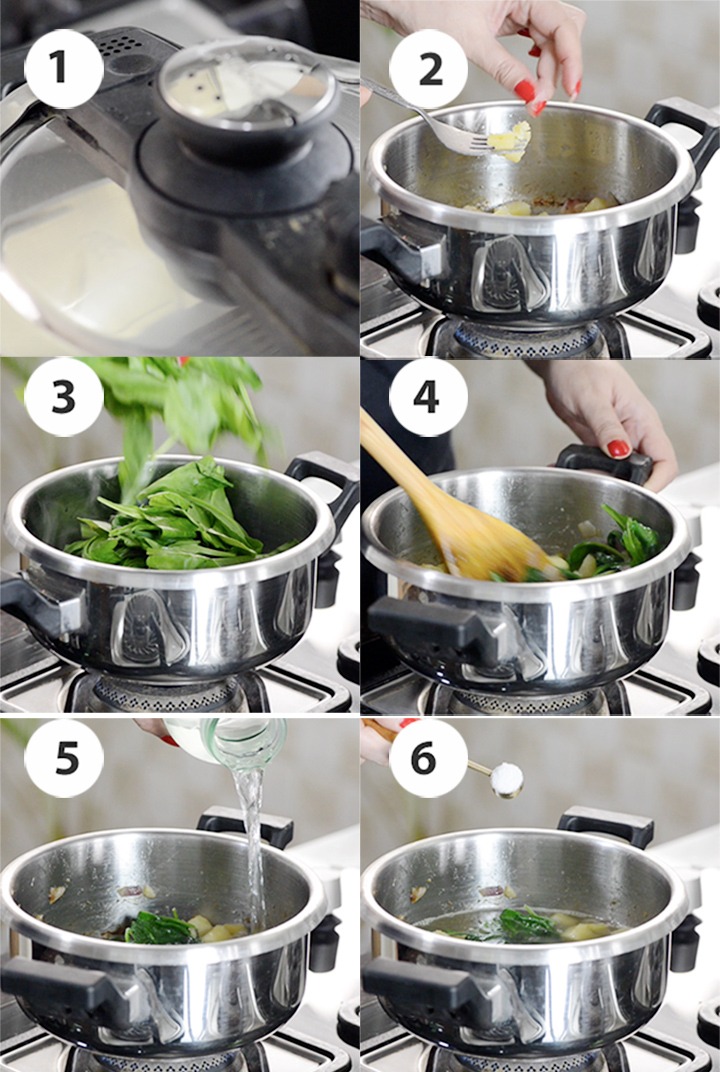 Add in potato cover and cook potatoes till they soften. Stir them occasionally in between so they do not stick to the bottom.

When potatoes are tender add in washed and rinse spinach. Cook for a few minutes till spinach is wilted. 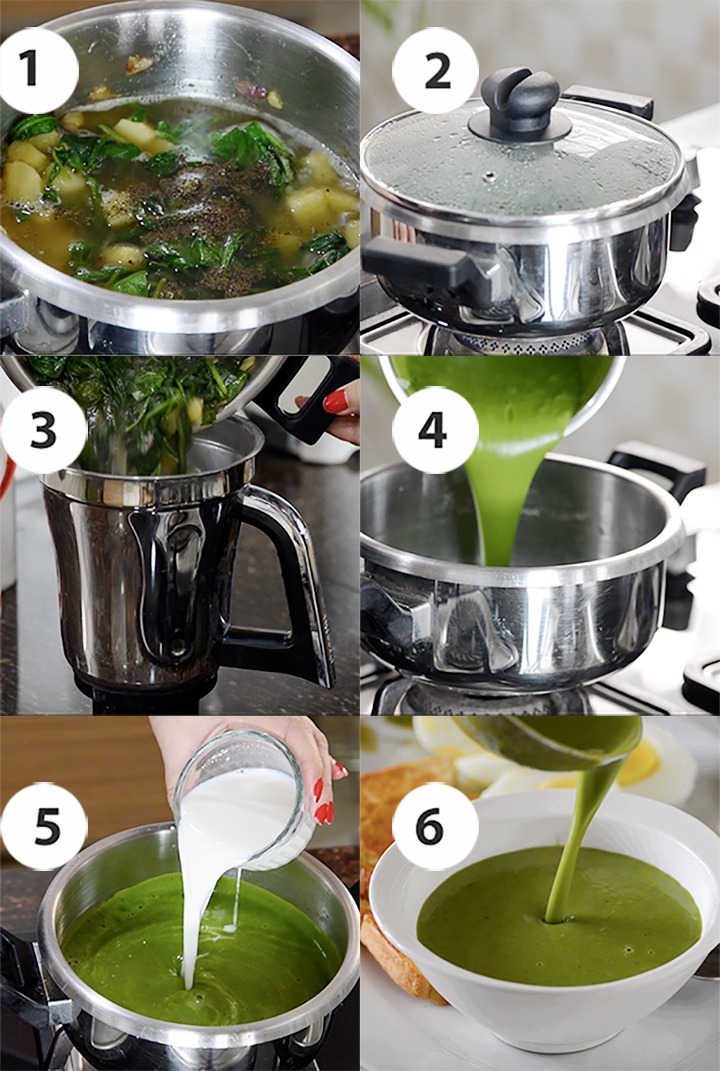 Add in the water, salt and black pepper. Cook it covered for a few minutes.

Again pour the soup in the pot and stir in the milk. Bring it to a boil. Soup is ready.

You can make this spinach soup vegan by skipping the butter and substituting dairy milk with non-dairy milk like oats milk or coconut milk. However, with coconut milk, the taste will change considerably than the original cream of spinach option. But this is an option if you enjoy coconut-based dishes.

You can make it without onion. 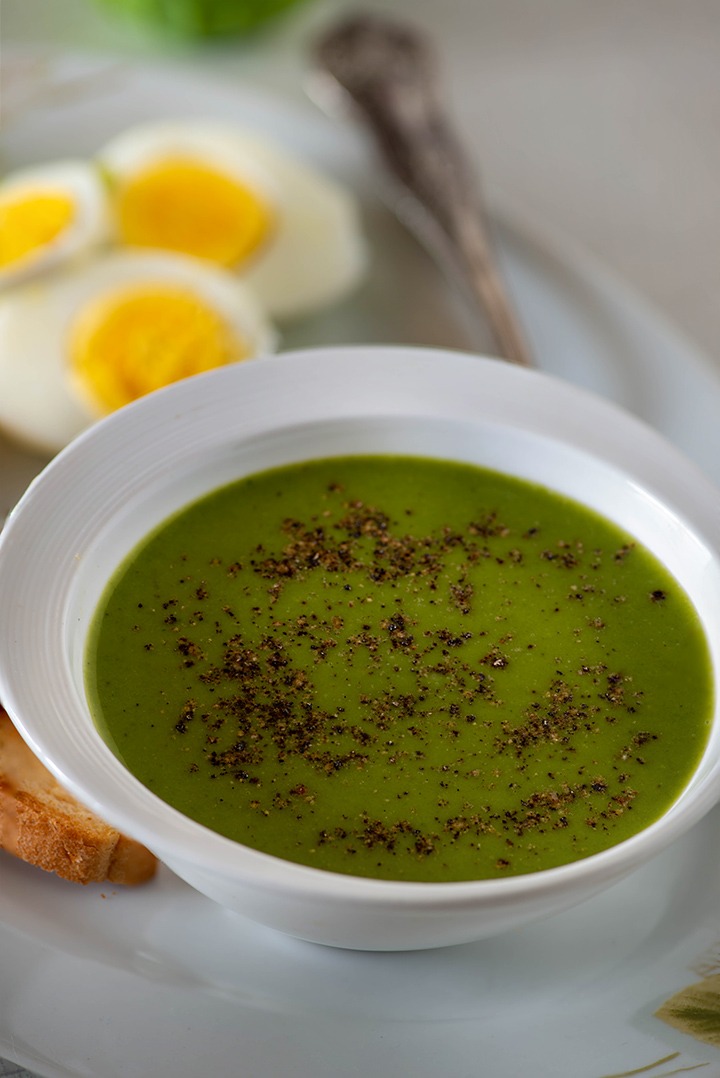 Spinach also known as palak in Hindi has good amount of micronutrients like vitamin A, C and K. Also it is rich in magnesium, iron and manganese, to improve the immunity.

Milk in this spinach soup recipe helps in keeping you satiated for longer period. You do not feel hungry soon after meal. As a part of portion control meal, this is a perfect soup for weight loss diet.

How to Serve it

You can serve it topped with parmesan cheese. Or You can top it with a dollop of fat-free cream. For a fulfilling healthy meal you can serve the soup with a toasted bread.

This tastes great without any topping too. Pair it with any lighter protein options like steamed or grilled fish or chicken if you are a non-vegetarian.

How to Store it

You can store leftover spinach soup for 2-3 days in the refrigerator. If you want to make an extra batch and store it for a longer period you can freeze it.

You can freeze spinach soup in a ziplock bag. Or you can freeze it in airtight glass containers in portion sizes as per your choice. When you want a warm bowl of soup you can either power defrost it in the microwave and warm it. You can also thaw it on the kitchen counter and then reheat in the microwave. 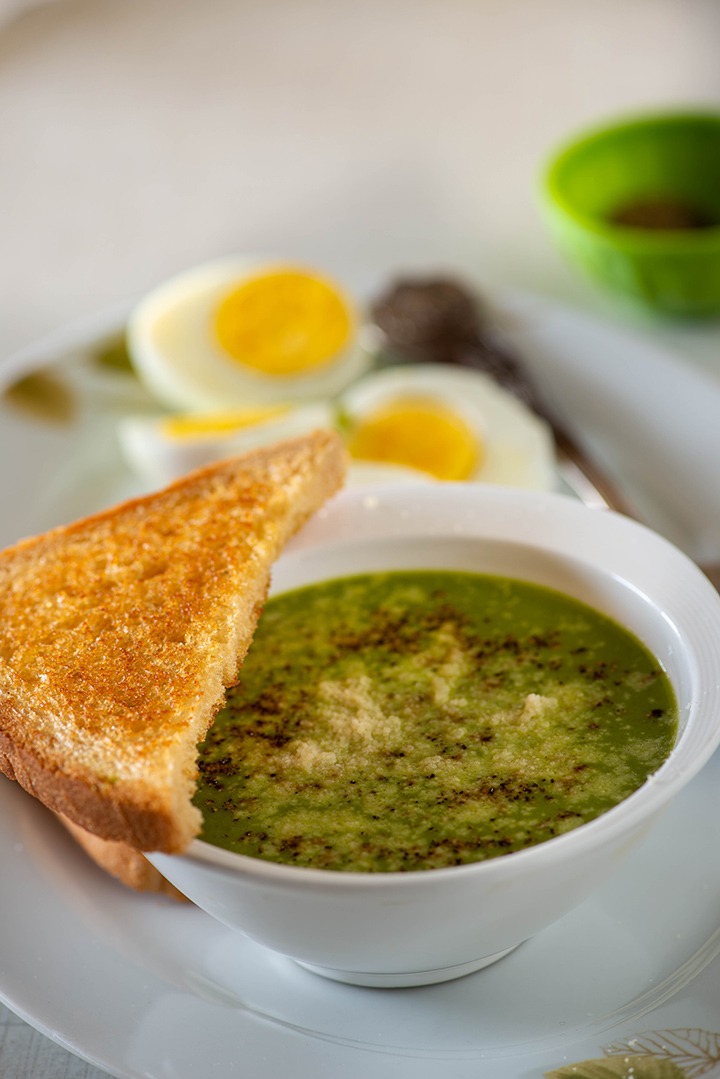